A BRITISH tourist is in intensive care after falling on rocks as he jumped into the sea near the Ibizan party resort of San Antonio.

The holidaymaker, believed to be 33, is said to have suffered a cervical spine fracture which in severe cases can cause paralysis from the chest down.

The 33-year-old has been admitted to intensive care

He has been admitted to a private clinic in Ibiza called the Nuestra Señora del Rosario Hospital. Well-placed sources confirmed he was British.

No one from the hospital was available this morning to comment on his condition.

But local reports on Sunday when he was stretchered from the scene in a boat had described him as “critical.”

The alarm was raised around 4pm after the accident at Cala Salada, a cove of gravel and sand in a closed bay surrounded by pine trees just over two miles from San Antonio. 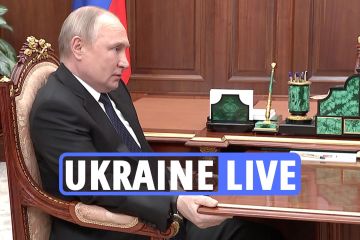 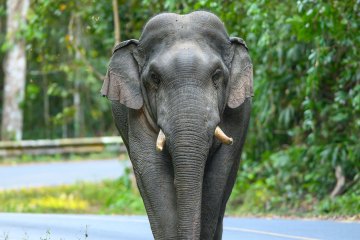 The stretch of rocks the unnamed tourist is thought to have jumped from lies between Cala Salada and a neighbouring cove called Cala Saladeta.

Many people stay on the rocks, about 15 feet above the water, between the two coves and jump head first into the sea.

It was not clear exactly how the holidaymaker had hurt himself and whether it was down to a slip or miscalculation.

Emergency medical responders were mobilised but Civil Guard officers confirmed they had no information on the incident and said local police employed by San Antonio Town Hall may have attended the scene along with ambulance crews.

It comes after last month a Dutch tourist lost his life after hurling himself off a cliff in a tombstoning stunt in front of his partner and two children.

He was later named as former footballer Mourad Lambrabatte.

His widow filmed him jumping more than 70 feet to his death on an islet opposite the Majorcan holiday resort of Santa Ponsa near Magaluf.

The same day a 34-year-old British tourist plunged to his death from the seventh-floor of the four-star Melia South Beach Hotel in Magaluf where he was staying.

Police sources confirmed at the time he had been drinking before the 8.30am plunge on May 12 and local reports said tests were taking place to see if he had taken drugs.

Shocked onlookers filmed him pacing up and down at speed on a narrow ledge on the outside of his balcony before falling to his death after appearing to try to clamber down onto the balcony below.