Brittney Griner’s agent spoke out Tuesday after the WNBA superstar’s Russian detention was extended for another few weeks.

Lindsay Kagawa Colas wrote on Twitter the decision was just further proof the Phoenix Mercury center was “being used as a political pawn.” She called on President Joe Biden and Vice President Kamala Harris to act with urgency in bringing the basketball player home from Moscow. 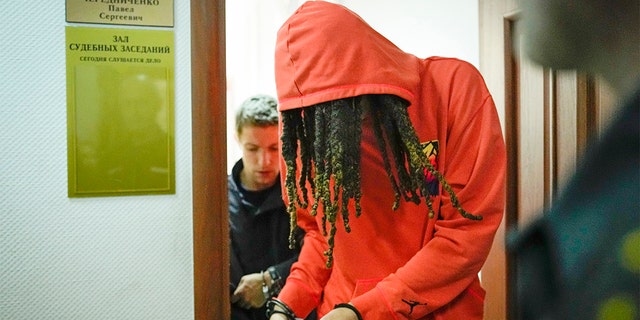 “Today’s extension is just further reinforcement that Brittney Griner – an Olympian and an American citizen – is being used as a political pawn,” Kagawa-Colas tweeted. “Her detention is inhumane and unacceptable. She has not had a single phone call in her 117 days of wrongful detention, and we call on @POTUS and @VP to act with urgency and do whatever it takes to bring Brittney home immediately.” 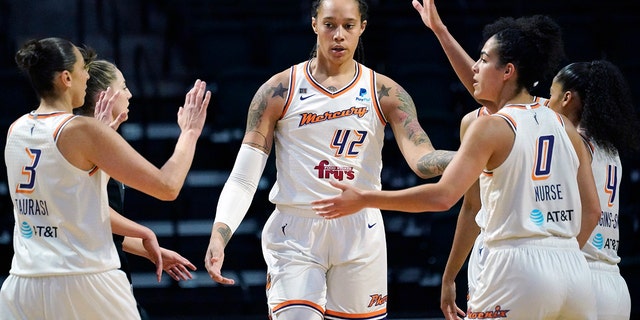 FILE – Phoenix Mercury’s Brittney Griner (42) is congratulated on a play against the Seattle Storm in the first half of the second round of the WNBA basketball playoffs Sunday, Sept. 26, 2021, in Everett, Wash. (AP Photo/Elaine Thompson, File)

Griner was arrested in February for allegedly trying to bring vape cartridges containing oils derived from cannabis through a Moscow airport. She’s been held ever since with limited public appearances. A Moscow court extended Griner’s detention until July 2. It was the third time her detention has been extended, Russian state-run media TASS reported.

It has been rumored Griner would potentially be involved in a detainee swap involving Viktor Bout, who is in the middle of a 25-year sentence in federal prison after he was convicted of conspiracy to kill Americans relating to the support of a Colombian terrorist organization.

Russia’s Deputy Foreign Minister Sergei Ryabkov said officials will not consider Griner for a prisoner swap with the U.S. “until a court investigation into her case is completed,” according to TASS. 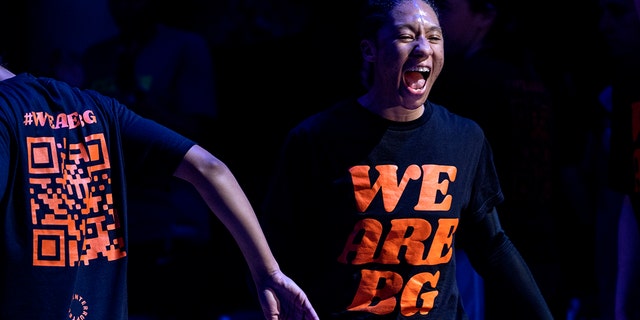 Minnesota Lynx’s Aerial Powers wears a shirt in support of Brittney Griner during introductions for the team’s WNBA basketball game against the Seattle Storm on Tuesday, June 14, 2022, in Minneapolis. (Carlos Gonzalez/Star Tribune via AP)

Griner could face up to 10 years in a Russian prison if she’s convicted.