THE BAN on buy one get one free deals on tasty snacks looks set to be junked to ease the cost of living crisis.

Ministers have been ordered to comb through all their policies to work out what risks pushing up prices.

The ban on buy one get one free deals looks set to be junked to ease the cost of living crisisCredit: Alamy

Anything that drives up costs for hard-pressed families face being ditched or delayed.

At the front of the firing line is the hated plan to ban BOGOF offers on food high in sugar, salt or fat.

Whitehall insiders said the proposed ban is “insane” and should be torn up to help cut supermarket shopping bills.

While Kwasi Kwarteng is planning to ditch EU era red tape which forces UK companies to record all the hours their staff work, The Sun understands. 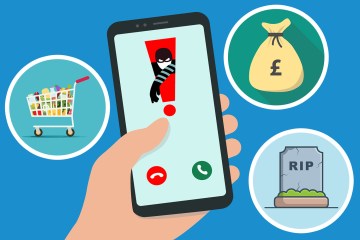 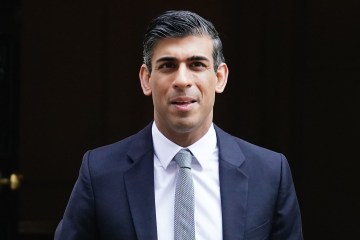 The Business Secretary reckons he can save firms a whopping £1billion a year by ditching the cumbersome rule.

While Environment chief George Eustice is drawing up emergency plans to try to slash the cost of fertiliser, which is pushing up food prices.

Steve Barclay – a Cabinet minister and the PM’s new enforcer – has written to all ministers ordering them to carry out the audit.

In a letter, seen by The Sun, he said the Ukraine crisis and rocketing energy bills “will have significant impacts for the UK economy and cost of living for households”.

He added: “Mitigating the impact on UK households, especially the most vulnerable, will require a whole government response.

“That is why I am writing – to ask for your support in doing all we can to collectively help households across the UK.”

Every department is being summoned to a crunch meeting where they must set out how they can cut costs for Brits without demanding more money from the Treasury.

Mr Barclay said ideas could include delaying policies which will push up prices, or accelerating cost-cutting plans.

Government must be “challenging ourselves” to look at everything in the war on rocketing prices, he said.

The Office for Budget Responsibility has warned that inflation could hit a 40 year high of 8.7 per cent later this year.

Chancellor Rishi Sunak is already facing pressure to cough up more cash to help struggling families after his mini Budget was panned.

A Downing Street source said no final decision has been taken on BOGOF deals yet.

Next post MSNBC guest: ‘White Men’ are the biggest ‘threat’ to women’s ‘liberty as citizens,’ ‘right to vote’