THE FOOTBALL ASSOCIATION are in talks with the Government to make sure Chelsea fans can attend next month’s FA Cup semi-final against Crystal Palace.

The Blues are currently banned from selling tickets under the sanctions imposed on owner Roman Abramovich.

Chelsea were backed by 600 travelling fans at MiddlesbroughCredit: Rex

As a result, there were fears Wembley’s 90,000-capacity could be half full for the London derby on the weekend of April 16/17.

But an FA statement last night read: “We hope to have sell-out crowds at both of our FA Cup semi finals at Wembley.

“This includes tickets for Chelsea supporters for their match against Crystal Palace, and we are working with the Government on a method to achieve this while respecting the sanctions that are currently in place on Chelsea.” 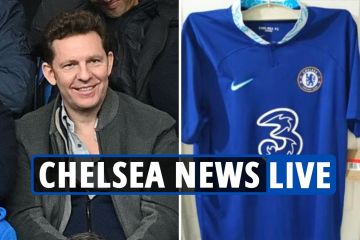 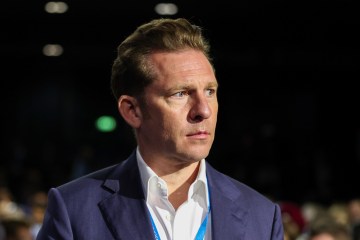 Earlier, Julian Knight MP – chair of the Digital, Culture, Media and Sport Committee – slammed the situation and said money from ticket sales should go to victims of the Russian invasion in Ukraine.

He said: “It is ridiculous that we face the prospect of a half full Wembley for the Chelsea vs Palace FA cup semi-final. Chelsea is more than just its owner, it’s a living organism with huge importance to its fans and community.

“It was understandable that, at short notice, last week’s game against Middlesbrough went ahead without Chelsea fans. But, with this much notice, the FA have no excuse for excluding them.

“The FA must be allowed to sell tickets to Chelsea fans so long as all money goes to the people of Ukraine.”

Chelsea were in action at Wembley in last month’s League Cup finalCredit: Alamy

Despite the FA’s hopes, the last-four Cp ties over Easter weekend have threatened to descend into chaos with the clash between the Premier League’s top two Manchester City and Liverpool also beset by problems.

Fans of both clubs face travel woes with no direct trains running from the North West on that weekend regardless of whether the game is played on the Saturday or Sunday.

Engineering works resulting in closures between Milton Keynes and London Euston means supporters will not be able to travel directly on the train from either Manchester or Liverpool.

A spokesman for City said they are aware of the issues and are looking into the possibility of offering coach travel for their supporters.

But the worry is that thousands of fans will take to roads which will already be busy due to the Bank Holiday weekend.

The FA are liaising with City and Liverpool over the logistical nightmare with Reds boss Jurgen Klopp urging the authorities to find a solution after Sunday’s 1-0 win at Nottingham Forest.

The FA statement said: “The FA will be liaising closely with both clubs on all match arrangements including supporters travel – with further details to be announced in due course.

“We are also continuing to work with both Network Rail and National Express to find a solution so fans of both clubs can travel with as minimal disruption as possible.”

Malcolm Clarke, chair of the Football Supporters Association, said it would make sense if the planned engineering works could be moved.

He said: “The FA, clubs and rail authorities must work together to ensure the absolute minimum disruption to supporter journeys at the semi-final.”

Jurgen Klopp is determined for a solution to be foundCredit: Rex