A U.S. judge has dismissed a 2018 Nevada lawsuit accusing Cristiano Ronaldo of rape in 2009 and requesting the Portuguese soccer star pay the alleged victim $25 million damages after she agreed to accept $375,000 in hush money at the time of the alleged assault, according to court documents.

The suit relied on a series of articles called the Football Leaks, which cite leaked documents that contain confidential information from Ronaldo’s legal team.

“The article made it clear that its source documents included confidential, internal communications between Ronaldo’s American and European attorneys that were stolen from their databases despite safeguards meant to protect confidential client information,” Dorsey’s 42-page order states.

The plaintiff’s attorney, Leslie Stovall, sought those hacked documents, which Dorsey said “are emblazoned with notices that their contents contain attorney-client communications and attorney work product,” and claimed Stovall “failed to inform opposing counsel that he was in possession of such documents despite knowing their obvious privileged nature.”

The judge further stated that the plaintiff, Kathryn Mayorga — a former model and teacher in Las Vegas — relied on the documents to recount her version of events from the night of the alleged assault that occurred in a Las Vegas hotel room in 2009, when she was 24 and he was 25.

Mayorga alleges that after meeting Ronaldo, he invited her to his hotel room and offered her something to wear in his hot tub. She further alleges that while she was changing in his room, he pulled her onto his bed and raped her despite her repeated claims to stop. Ronaldo’s legal team does not deny that the pair engaged in a sexual relationship but insists that it was consensual. 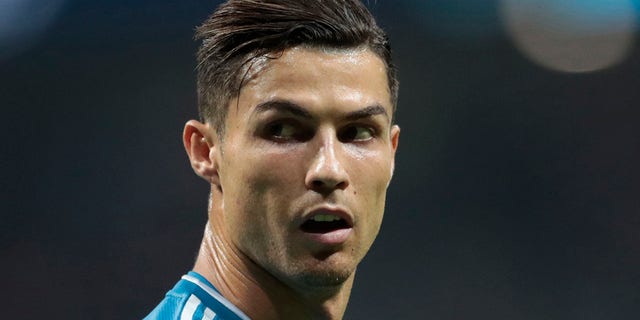 The lawsuit filed in a U.S. court in Las Vegas accusing Ronaldo of a 2009 rape sought $25 million damages from the soccer player after the plaintiff agreed to accept $375,000 in hush money after the alleged assault. (AP Photo/Bernat Armangue, File)

The LVMPD reopened the case years later and “issued a warrant for Ronaldo’s arrest, but in July 2019, the Clark County District Attorney’s Office announced that it would not pursue criminal charges,” court documents state.

Dorsey, however, said the Football Leaks are “textbook examples of materials that fall squarely in the heartland of Nevada’s attorney-client privilege and the federal work-product doctrine,” adding that the plaintiff’s “technical arguments do not change the plainly privileged nature of these documents.” 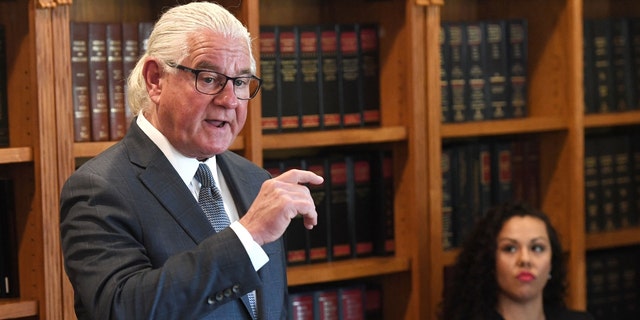 After years of back-and-forth between the two legal teams over the hacked materials, Dorsey concluded that while the “court is sensitive to the gravity of case-terminating sanctions,” because of Stovall’s “abuses and flagrant circumvention of the proper litigation process, [the plaintiff] loses her opportunity to pursue this case and attempt to unwind the settlement of claims that, themselves, implicate serious allegations of a highly personal nature.”

“Nothing less than a with-prejudice dismissal will purge the taint that has permeated this case from its very inception and preserve the integrity of the litigation process,” the judge wrote.

Stovall can appeal the decision to the 9th U.S. Circuit Court of Appeals in San Francisco.

Ronaldo, now 37, is one of the most highly paid and recognizable sports stars in the world. He plays for the English Premier League club Manchester United and has captained the national team of his home country, Portugal. He spent several recent years playing in Italy for the Turin-based club Juventus.

Previous post When is iOS 16 out? Release date and beta revealed

Next post The ‘Double Closet’: Why Some Bisexual People Struggle With Mental Health