DANCER Abbie Quinnen looks to have made a full recovery — a little over a year since being badly burned in an accident.

Abbie Quinnen looks to have made a full recovery — a little over a year since being badly burned in an accidentCredit: James Rudland

She had to have three ops and laser therapy for her scars.

But Abbie — dating Strictly Come Dancing’s AJ Pritchard, put the traumatic experience behind her by posing in lingerie and getting back to her dancing.

She said: “Only recently have I had the confidence to go back into auditions.” 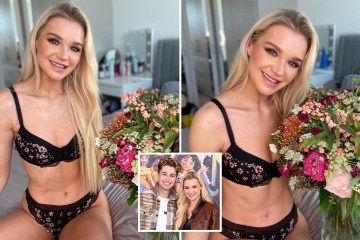 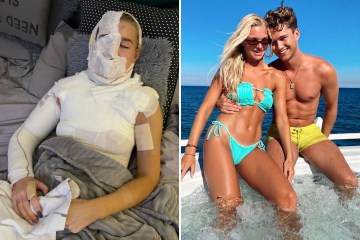 And the pair were also spotted at the glam premiere of Ice Age with Amy Childs.

Last year Abbie told Fabulous: “There was definitely a point when I thought I wouldn’t ever be able to perform again.

“After the accident, I looked in the mirror and my first instinct was ‘I’m not ever going to look the same again, I’m not going to be able to do what I love doing, this is it’. I didn’t feel comfortable in my own skin.

“I have trained since I was three years old. For my whole life, all I’ve ever known is to be on stage, perform, dance and act. At college, I trained seven days-a-week, from 8.30am until 6pm.”