Florida Gov. Ron DeSantis issued an official proclamation on Tuesday recognizing Emma Weyant, a Florida native and Virginia swimmer, the winner of the 500-yard freestyle at the NCAA Championships last week and not University of Pennsylvania transgender swimmer Lia Thomas.

Last week, Thomas made history when she won the 500 free becoming the first openly transgender swimmer national champion. Weyant, a freshman Cavaliers swimmer who was born in Sarasota, finished a full second behind Thomas in the race. Thomas finished the event with a time of 4:33.24 and Weyant finished with a time of 4:34.99.

“By allowing men to compete in women’s sports, the NCAA is destroying opportunities for women, making a mockery of its championships, and perpetuating a fraud,” the Republican governor tweeted.

“In Florida, we reject these lies and recognize Sarasota’s Emma Weyant as the best women’s swimmer in the 500y freestyle.”

The tweet was accompanied by the proclamation in which DeSantis cites the Fairness in Women’s Sports Act, which he signed in June 2021 and “specifies that an athletic team or sport that is designated for females, women, or girls may not be open to student of the male sex, based on the student’s biological sex listed on the student’s official birth certificate at the time of birth. …” 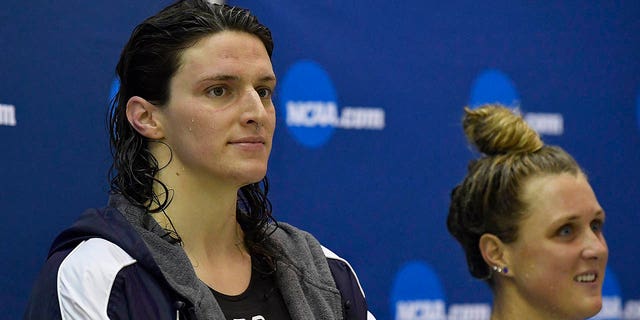 Lia Thomas looks on from the podium after finishing fifth in the 200 Yard Freestyle during the 2022 NCAA Division I Women’s Swimming and Diving Championship at the McAuley Aquatic Center on the campus of the Georgia Institute of Technology on March 18, 2022 in Atlanta, Georgia. (Mike Comer/NCAA Photos via Getty Images)

The NCAA, University of Pennsylvania or the University of Virginia didn’t immediately respond to Fox News Digital’s request for comment.

DeSantis first announced he would issue the proclamation on Monday.

Weyant, 20, is an accomplished swimmer. She qualified for the U.S. Olympic Team last summer and was a part of the 400-meter individual medley race in which she won a silver medal. She also has a silver medal in World Championships competition.

Thomas’ participation in NCAA competition has stirred a debate over whether it is fair transgender females compete against biological females.

The NCAA updated its transgender participation policy back in January to defer to the guidance of each sport’s governing body. The NCAA announced that its policy would become effective in March, starting with the Division I Women’s Swimming and Diving Championships. 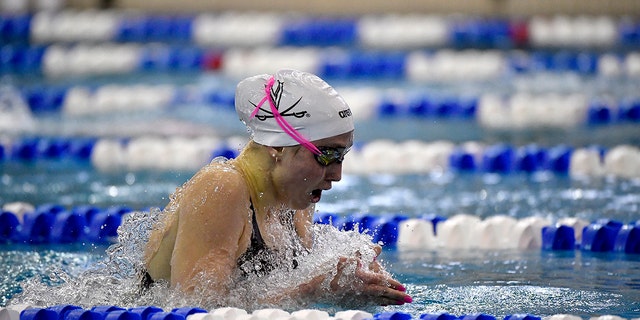 Emma Weyant of the Virginia Cavaliers swims the breaststroke leg of the 400IM on her way to a fourth-place finish during the 2022 NCAA Division I Women’s Swimming and Diving Championship at the McAuley Aquatic Center on the campus of the Georgia Institute of Technology on March 18, 2022 in Atlanta, Georgia. (Mike Comer/NCAA Photos via Getty Images)

USA Swimming updated its policy shortly after requiring transgender athletes who are competing at an elite level to have small levels of testosterone — half of what Thomas was allowed to compete with — for at least 36 months before being eligible, but the NCAA said weeks later that the Administrative Subcommittee of the Committee on Competitive Safeguards and Medical Aspects of Sports (CMAS) decided that it wouldn’t alter its testosterone guidance, stating that “implementing additional changes at this time could have unfair and potentially detrimental impacts on schools and student-athletes intending to compete in 2022 NCAA women’s swimming championships.”