EASTENDERS fans know her as Eve Unwin but Heather Peace is also a singer – and she’s just released a summer anthem.

The star, 46, has been in the recording booth while on breaks from dishing out the drama in Albert Square.

Heather Peace is famous for her role as Eve Unwin on EastEndersCredit: BBC

She surprised fans by releasing a summer anthem online

Last night she gave fans a listen to her new track by posting a snippet of it on Instagram – and many hailed it as a summertime classic.

Lacey Turner, her EastEnders co-star as Stacey Slater, wrote: “Giving me all the summer feels.”

Many others insisted the track was a shoo-in for their summer playlists or gym workout listings. 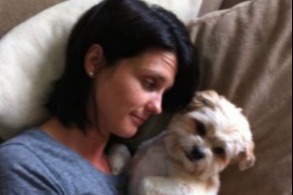 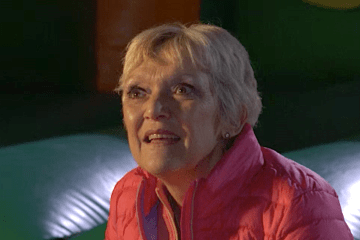 Heather wrote: “I’m super nervous popping this out there! Here’s the first track from my upcoming album ‘This Love’.

“Pre-order is now open at heatherpeace.com here’s ‘Never Wanna Let it Go’ lyric video. Love to one & all ️️.”

The star is going to perform live in a string of venues across the UK next month and in May.

Heather got her first taste of music success in 2000 when her London’s Burning character sang Bette Midler song The Rose. which was released and reached no. 58 in the UK charts.

She has since released five albums, the last of which was 2018’s Hey Mayhem.

Stacey’s former cellmate and wife has been a regular in the soap ever since, most recently getting involved in Stacey’s struggles caring for mum Jean.

The Bradford-born performer told fans in August: “It’s a curveball for sure with my accent, but happy to say I’ve joined the cast of Eastenders.

“Been filming the last month and had a blast 🙂 x.”

Eve with Sean Slater in a scene from EastEnders last yearCredit: PA

Previous post Special Olympics lifts a vaccine mandate at its Games in Orlando after Florida threatens a fine.