THESE stunning pictures show the view from the ‘world’s best window’ – a tiny hut set high in the Lake District hills that anyone can stay in for free, if they can find it.

Warnscale Bothy is a tiny slate shelter set high up in the Western Fells surrounding Buttermere, one of the most beautiful lakes in the Lake District.

But the one room stone shelter is so well camouflaged that many walkers brave and fit enough to climb the craggy hill can walk by without noticing it, making it the perfect hidden getaway.

The bothy, a basic hut originally built for shepherds needing to find shelter from the wild Cumbrian weather, is open year-round for anyone who wants to enjoy the most beautiful views the Lake District can offer.

But Warnscale Bothy has no way to book or reserve, so whoever arrives first gets to stay the night, though unwritten rules mean anyone can seek shelter there if they need to.

Sam Vale trekked four-and-a-half miles up to the bothy to watch the sunset from the bothy over the fells and lakes with her boyfriend. 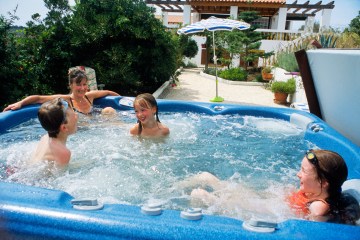 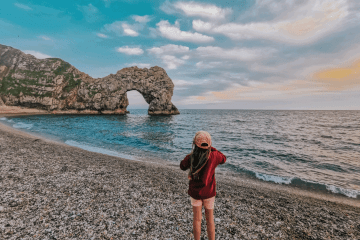 But their romantic night in the stone hut ended up being postponed, after they climbed for two-and-a-half hours only to find the accommodation had already been secured by four lads from North Wales, who had arrived at 9am that morning.

The data systems analyst, from south east London, said: “I had heard about Warnscale Bothy from a friend, and when he showed me some pictures online, I just didn’t believe it was real.

“We went to the Lakes during the Jubilee, and went for a walk around Buttermere.

“But since the weather was so nice, we decided to head up the hill to find the bothy ourselves.

Warnscale Bothy is one of the most unique places to stay in the UKCredit: Sam Vale/Triangle News

“I asked a local farmer for directions, and he said it was only about 30 minutes away.

“I guess time works a bit different in Cumbria, because it took us the best part of two-and-a-half hours to work our way up the scree-covered slope, and another 90 minutes to trek back down.

“It was a tough climb, but totally worth it. The view from that window is probably the best view in the world.”

Warnscale Bothy is one of the most unique places to stay in the UK, but it is also one of the most primitive, because it does not have electricity, running water or toilets.

The only comfort is provided by a fireplace, as the bunks are made out of slabs of slate.

The westerly view from the tiny bothy window stretches for miles, revealing not just Buttermere and Crummock Water and the surrounding fells, but also on a clear day, all the way out to the Irish Sea.

But the trek up to Warnscale Bothy is not for the faint-hearted, Sam said, as all the routes up to Warnscale Head are very rugged and steep, because the Western Fells are among the most challenging and remote walking areas of the Lake District.

Sam, 42, said: “We were scrambling up the slope for hours, but the bothy is so well camouflaged that we were almost on top of it when I finally spotted it.

“When we were walking back down the hill, I kept turning round to see if I could spot the hut, but even though I knew where it was, I couldn’t make it out at all.

“We go walking with our dogs all the time, but this was beyond anything I’d experienced in England.

“It was a lot of effort to get there, but the view from that window makes it all worthwhile.

“That window reveals one of the best views I’ve ever seen, and I can’t wait to visit again.

“The lads that were already there offered us a much-needed cup of tea, but we didn’t stay long because we didn’t want to intrude.

“Hopefully next time we’ll be able to stay in the bedroom with the world’s best window.”

Previous post Why Water Use Varies So Widely Across California