The couple exchanged vows on Saturday on an outdoor stage

One-time lothario Jermain was all smiles as he made his vows with Donna in a cream jacket and waistcoat, dark trousers and bowtie.

But the bride stole the show in an elegant white gown and veil with plunging neckline and lace shoulders.

Donna carried a bouquet of pink roses and drew gasps from up to 250 guests as she walked down the aisle in the Buckinghamshire National Trust beauty spot.

The couple exchanged vows on Saturday on an outdoor stage surrounded by a 20ft wall of colourful flowers. 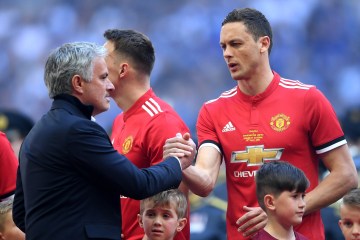 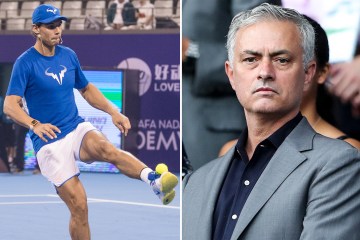 They held hands and looked loved-up as they sat through the 45-minute ceremony in the 200m floral bedded garden sloping down towards the River Thames.

The crowd danced in delight at a reception bash and the evening ended with an awesome light display.

Jermain, 39, who also played for Rangers and West Ham, was slapped on the back and looked after on the day by five ushers chosen from among his closest friends and family.

One insider told The Sun: “Donna looked beautiful. And Jermain looked like the cat that got the cream.

“It was a happy day full of celebration and joy.” Scots tattooed fiancee Donna, 39, partied in a luxury tree house near Durham for her hen do in April. She wore a mask of her hubby-to-be’s face and shared hilarious snaps on social media.

The couple were engaged in August 2021 after Jermain presented Donna with a stunning diamond ring worth tens of thousands of pounds. They waited for Covid to pass before getting married.

Jermain, the Premier League’s ninth-highest goalscorer of all-time on 162 strikes, announced his retirement in March.

He was also potent in front of goal for his country, netting 20 times in 57 appearances for England. He went to the World Cup in 2010, scoring in a 1-0 win over Slovenia in the group stages.

And he was also part of the squad which reached the quarter-finals of Euro 2012.

During a stint at Sunderland, the star struck up a bond with Bradley Lowery and tugged at the heartstrings of fans across the world, inspiring millions. The terminally ill six-year-old Black Cats supporter with neuroblastoma passed away in June 2017.

Jermain has been linked with a sensational return to Spurs as a coach.
During his single years the goal-machine dated a string of beautiful women including Alexandra Burke, Chloe Green, Danielle Armstrong, Danielle Lloyd, Imogen Thomas, Chantelle Houghton, Charlotte Mears, Casey Batchelor and Joanne Beckham.

Cliveden House, which charges £1,500-a-night for guests, hosted Meghan Markle and her mother Doria Ragland the night before her royal marriage to Prince Harry in 2018. 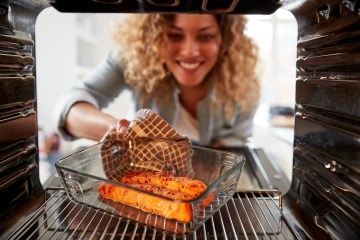 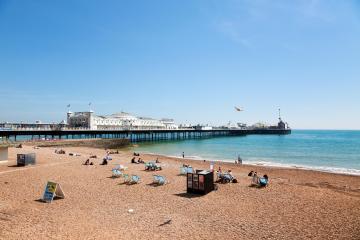 The 400-acre retreat was central to one of the most infamous scandals that shook British parliament – the Profumo Affair in 1963 – after the married Conservative war minister John met Christine Keeler, 19, and began a relationship.

She was also bedding a Soviet naval attaché, sparking a serious security risk.