Francis Ford Coppola is opening up about the legacy of his beloved “Godfather” film trilogy.

The “movie brats” troupe member — which includes the likes of “Star Wars” collaborators George Lucas and Steven Spielberg, Brian De Palma, Martin Scorsese and John Milius, respectively — received a star on the Hollywood Walk of Fame on Monday. He told Variety ahead of the induction that he wasn’t overly excited about what “The Godfather” would ultimately become at the time he made the film.

“I thought it was going to be a special failure,” the auteur filmmaker said. “When you make a film going against the grain of what’s going on at the time, those kind of films are tough. You’re not doing what everyone expects or wants you to do.”

AL PACINO REFLECTS ON ‘THE GODFATHER’ FAME 50 YEARS LATER: ‘HARD FOR ME TO COPE WITH’ 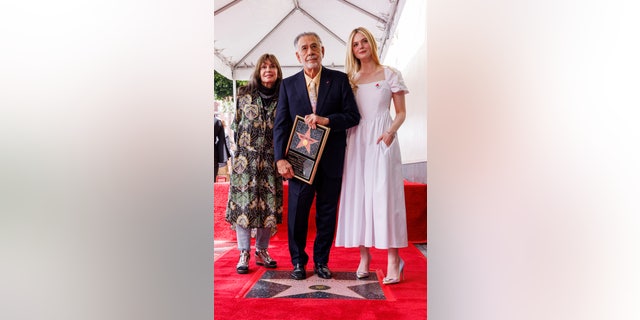 Talia Shire, left, Francis Ford Coppola and Elle Fanning pose with a star miniature following a ceremony honoring the director with a star on the Hollywood Walk of Fame on Monday, March 21, 2022, in Los Angeles.  (Photo by Willy Sanjuan/Invision/AP)

The American Zoetrope production head honcho also maintained that if it were up to him, Coppola would hand his honor over to his pal Lucas, who is currently without star, telling the publication, “If anyone deserves a star on the Walk of Fame, it’s George,” adding, “I’ll give him mine.”

“I can remember so intimately all that went on,” he said of filming the legendary mobster flick and its subsequent theater release. “You’re always so anxious when these movies come out because of those first opinions; you hope it will go well, and it’s not in your control. But by far the greatest treasure is the test of time. When people are looking at what you did 50 years later, that’s an award in and of itself.”

“The Godfather” was released in theaters on March 24, 1972 — nearly to the day that Coppola is receiving his star. The “Apocalypse Now” director further pressed that while he understands his place in proverbial history, he feels a little reluctant about being on the receiving end of such acclaim given the fact so many of his peers in Hollywood are still awaiting their own.

“Although it seems as though I’ve been a rebel against Hollywood, in fact I am a Hollywood creature. I was created by Hollywood, and I’m very proud of being part of the Hollywood tradition,” he explained. “If I can be part of this group, this wonderful tradition of Hollywood, it pleases me.” 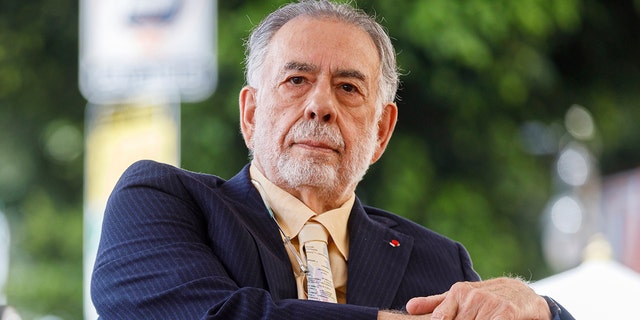 Director Francis Ford Coppola attends a ceremony honoring him with a star on the Hollywood Walk of Fame on Monday, March 21, 2022, in Los Angeles. (Photo by Willy Sanjuan/Invision/AP, File)

Paramount Pictures re-released the first installment in late February to commemorate the film’s release anniversary and is set to drop the entire trilogy in full 4K Ultra HD on March 22.

It also will release a limited series on Paramount Plus, titled, “The Offer” which sheds light on the wild story of how “The Godfather” — based on the 1969 novel by esteemed author Mario Puzo — even made it to the big screen.

“Mario Puzo wrote some beautiful novels, but he wrote ‘The Godfather’ to make money,” Coppola said. “Mario loved his family and he wanted to take care of them, so he wrote a book he thought would be a bestseller, but it was a bit of a potboiler.”

The root of the title was centered on the familial aspects that carried many immigrants who came to the United States in hopes of building better lives, and Coppola said he tried to steer clear of the gravitas that sensationalized these stories.

“I dissected that book very carefully and left out many of the pages,” he said, “but Mario was all for it.”

Next post The Man in the Olive Green Tee