RISHI SUNAK claims he “gets it” that millions are suffering from the cost-of-living crisis.

Tomorrow’s spring statement gives the Chancellor the perfect chance to prove it.

Eight families of Sun readers tell us what they want from Rishi to help them get byCredit: Alamy

He is said to be planning a 5p cut in fuel duty, plus tax freezes and a possible VAT cut for struggling firms.

Eight families of Sun readers – hard-pressed by the surging cost of food, fuel and energy – here tell Mike Ridley what they want from Rishi to help them get by.

But for Adrian and wife Zoe, a cleaner, it’s a £54,000 terraced ex-council house in South Normanton, Derbys. 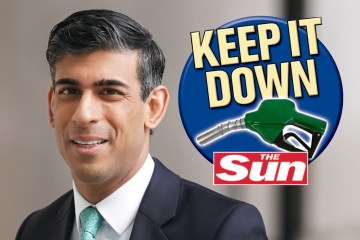 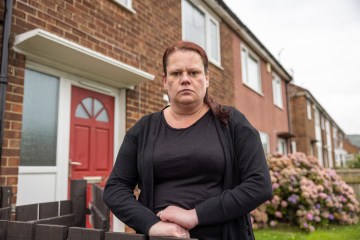 Adrian, 33, earns £18,000 a year and says: “Rishi should come to an ex-mining community like ours and see how things are.

“People are struggling everywhere. Fuel duty coming down will help.

“It’d be great to see more money pumped into the NHS but he should postpone the 1.25 per cent National Insurance rise until next year.”

LOUISE Maddison, 50, faces a stark choice between eating and heating as her money runs out at the end of each month.

She relies on Universal Credit of £330 a month and has lost two stone in weight.

Louise limits her grocery shop to £100 a month and must use food banks.

She volunteers at a community arts project to avoid heating her home in Darlington, after utility bills soared.

“A rise in Universal Credit is essential. Where else will people find the money?”

Jodi Westmacott says: ‘He shouldn’t go ahead with the increase in NI’

SINGLE mum Laura Gregory is on minimum wage and earns £750 a month as a dental nurse.

She says: “My salary isn’t going up but everything else is. My rent will go up in April.

“I’ve taken out a credit card to help with household bills because I know my outgoings will be more than my income. I expect to be in debt this year.

“We need more help. We need to help bosses to increase our salaries so we’re not all on minimum wage.

“Cutting the cost of petrol will help. The £150 towards our gas is fine but won’t do too much.”

RETIRED teacher Caroline Duddridge has gone back to work as a teaching assistant.

Caroline Duddridge says: ‘I have an old car so I dread the bills and the price of diesel’Credit: Huw Evans

But rising prices pushed her to work two days a week again.

She says: “I didn’t want to go back to work but had no choice. I don’t put the heating on now. I bought an electric fleecy blanket and sit in that in the evening. In the day I put on extra clothes.

“I have an old car so I dread the bills and the price of diesel.”

GRANDMA Ronnie Moon wants the triple lock back for OAPs.

Ronnie Moon says: ‘Living off the state pension is not possible’Credit: Darren Fletcher

With the axed inflation guarantee, her pension would have gone up by eight per cent instead of 3.1 per cent.

“Living off the state pension is not possible. Older people have worked a long time for their pension and still have outgoings. I am rapidly going through my savings.”

She wants continued support for people struggling to keep their businesses afloat.

The self-employed event producer, 36, says: “My finances are stressful. My expenses and living costs have been higher than my income since Covid.

“I hope Rishi brings relief for self-employed workers, with grants for those struggling.”

Jane, from Merton, South London, says: “The price of everything going up and NI is more bad news. The rise should be cancelled. My wages will be the same but I will take home less.

“Rent is a worry and I have sacrificed buying anything like clothes.”

Next post Review: ‘The Hours’ Will Bring Renée Fleming Back to the Met