GARETH BALE has been warned that new kid on the block Brennan Johnson is snapping at his heels – even if he wins his fitness race to lead Wales’ World Cup bid.

The Dragons face Austria in Thursday’s home play-off semi-final but Bale is a doubt after Carlo Ancelotti said he missed Real Madrid’s 4-0 El Clasico thumping by Barcelona on Sunday because he was unwell.

Gareth Bale will be assessed by Wales’ medical staffCredit: PA

Reports in Spain also claimed Bale has a ‘bad back’ and the 32-year-old was assessed by Wales’ medical team on Monday after joining up with the squad in Cardiff.

Wales are hopeful captain Bale will be fit but even if the 100-cap star fails to recover in time, national boss Robert Page reckons he has a ready-made replacement in Nottingham Forest wonderkid Johnson.

Page said: “It’s a great problem to have and as a manager that is what you want. You want two great players on your hands and the difficulty of picking which one.

“Gareth has been an absolute legend for his country but he knows he has somebody young in Brennan who is snapping at his heels and is wanting that jersey.” 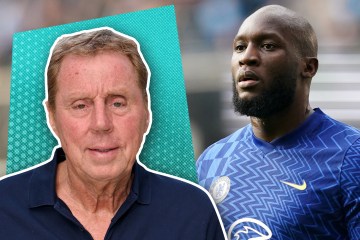 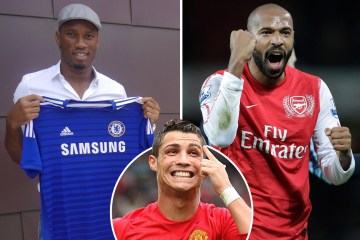 Right winger Johnson has lit up the Championship this season and once again impressed as Forest pushed Quadruple-chasing Liverpool all the way in Sunday’s 1-0 FA Cup quarter-final defeat at the City Ground.

Minutes before Diogo Jota’s winner, Johnson produced a teasing cross which should have resulted in the opening goal by Philip Zinckernagel, who put his effort wide.

The 20-year-old, the son of ex-Forest and Ipswich striker David, who is a close pal of David Beckham having come through the Manchester United youth ranks, has scored 12 goals this season.

His electric form attracted interest from Premier League outfit Brentford in January but a £15million bid for the seven-cap wideman failed.

But Page believes Wales have another star in the making in Nottingham-born Johnson, who was on loan at League One Lincoln last season.

He added: “He’s playing in the Championship but he is definitely capable of playing higher.

“There were questions 12-18 months ago over whether he could go all the way but he has proven some of the doubters wrong now.

“Gary Brazil at Forest has developed him in a great way. The questions were about his discipline without the ball so they played him as a central midfielder to make sure he tracked players.

“Now he’s almost the finished article – playing well, scoring goals, tracking back – we really have a bright and wonderful player on our hands.

“He could have potentially had a move in January but I like the fact he decided to stay because he’s at a club where he would play. He didn’t go chasing the money. He wanted to stay and get that experience.

“And he’s done the hard yards by going out to lower league clubs to play competitive football at an early age and that pleases me. He didn’t sit at Forest and play in the Under-23s and now he is excelling.

“I’ve been very impressed and he’s playing some of the best football I’ve seen. He’s playing with freedom and is enjoying his football.”

Rob Page is attempting to steer Wales to QatarCredit: PA