So far the new Islander hasn’t revealed who her famous father is to her love interests.

Gemma Owen is yet to reveal who her famous dad isCredit: ITV

Gem’s fellow Islanders have no idea Michael Owen is her fatherCredit: Getty

But unlike Dani Dyer from series 4 who straight away revealed her papa was actor Danny Dyer, Gem is being a little more coy.

Lucky for you we spotted a few times the 19-year-old dropped a hint about her dad.

In Thursday night’s episode in a conversation with Luca, Gemma said he would get on well with her dad. 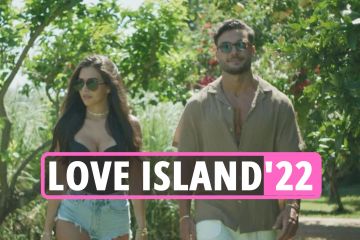 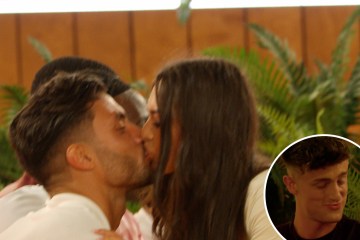 “You’re sporty and you’re into football, you’re into racing.. you’d have stuff in common with my dad.”

Luca asked: “Would me and your dad go out and do things together or does he not get close to people?”

Gemma replied: “He was quite close with my first boyfriend.

“I think he appreciates a guy who’s into sport and all that kind of stuff. I hear you talking about football and racing and I’m like ooo.”

Luca replied: “Yeah I enjoy playing football and I know what I’m talking about with football.”

“Yeah you talk about it all the f***ing time,” laughed Gemma.

And in a major blunder from Luca he said cockily: “Well, we’ll see if he [your dad] knows what he’s talking about.”

But Gemma’s hints originally started on the launch episode when she was chatting to Liam, who she was coupled up.

She asked him about his history with playing football, and if he had “played at a professional level”.

He instantly thought this was because she had dated a footballer, a comment Gemma immediately made clear was not true.

Later the she dropped the biggest hint, when she revealed her surname was Owen.

Gemma got herself into a love triangle after “cheating” on Liam with Italian bombshell Davide.

But before that, they were put into their new couples – which were picked by the public, and saw Gemma paired off with Liam.

Before the game, the islanders were left shocked when hunky Davide, 27, appeared.

Gemma was paired off with Liam on tonight’s show – but didn’t tell him who her dad isCredit: ITV

Gemma kissed Davide on tonight’s show despite being coupled up with LiamCredit: ITV

Previous post Is It Finally Twilight for the Theater’s Sacred Monsters?