HOLIDAYMAKERS have been warned as Europe is bracing for a 45C scorcher with Spain expected to get the hottest temperatures ever.

It comes as Brits travelling to Spain have been told a rare heatwave is set to be “very intense” over the coming days.

Brits holidaying in Spain have been warned of temperatures soaring upCredit: Alamy

The mercury is expected to hit 45CCredit: Severe Weather EU

Forecasters have predicted the heatwave will start in southwestern Europe and gradually spread into Western Europe this week.

A “strong and persistent” heat dome is set to take over France and Spain.

Temperatures are set to soar to 45C in Spain thanks to a cloud of hot air coming from North Africa, Yahoo reports.

The heatwave makes this month the hottest June in over 20 years, as forecasters say summertime begins earlier than it used to. 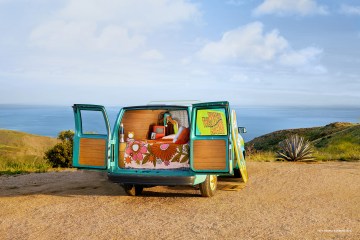 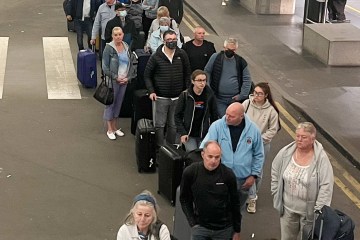 The heat dome follows the heatwave of last month when the mercury rose to a scorching 40C.

The extreme heat has already been intensifying across the Iberian peninsula this weekend, where Spain, Portugal, Morocco, and Algeria have experienced low 40s during the peak afternoon hours.

An orange weather warning was issued for Andalusia, Spain, over the weekend when temperatures reached 44C.

The heat is expected to spread north-northeast into France in the coming days and intensify more.

The most intense conditions are expected in Costa del Sol, the Balearic Islands and the Canary Islands.

And the extreme heat could last until the end of the week.

The highest temperature recorded in Spain was an extreme 47.4C last August in Andalusia.

Brits have been urged to take preventative measures to protect themselves, including to stay in doors, stay hydrated and wear factor 50.

Spain’s Met Office Aemet said: “The heat will be very intense on the mainland and in the Balearics at least until next Wednesday and it is not ruled out that it could extend for a couple of days.

“The intense heatwave is very rare for the month of June.”

It added: “As of Thursday, we will exceed 35C in large areas of the Peninsula; more than 30C to 32C in the Balearic Islands and the south of the Canary Islands.”

And summer temperatures are expected to last until October in Portugal.

Forecasting expert Ricardo Deus told The Portugal News: “There are several scenarios, but the most likely is that the month of June will be considered normal to hot.”

Last month was the hottest May for the country since 1931.

Last week Spain’s Government warned that temperatures will be much warmer than normal in June, July and August.

The probability of much warmer weather in the Canaries and the northwest of Spain is 60 per cent, and 70 per cent across the rest of the Spanish mainland and in the Balearic Islands.

The predicted rainfall will be below average.

Last month, a freak heatwave sent temperatures soaring across the country as an African plume arrived from across the continent.

Holidaymakers baked in 40C heat and people were pictured desperately dousing themselves in water at fountains in a bid to cool down this weekend.

Tourist hotspots like Seville, Cordoba and Granada enjoyed the highest temperatures, with the mercury hitting a record high for May.

The likes of the Balearics Islands, Andalusia, Madrid, and Catalonia in north-eastern Spain also saw intense heat for this time of year.