AN NHS consultant has been dubbed the Florence Nightingale of Ukraine after leaving her family behind in Britain to help the fight against Russian invaders.

Dr Iryna Rybinkina, 40, has helped save countless lives after procuring millions of items of unwanted NHS kit which have been sent to frontline field hospitals.

Iryna worked as an NHS consultant anaesthetist before leaving her family behind in Britain to help the fight against Russian invadersCredit: Chris Eades

The outdated, surplus or sample stock from sites she worked at across the UK includes ventilators, heart monitors, surgical tools and even operating tables.

And she is now playing a critical role for the Ukrainian government by helping to mastermind a complex network of supply lines for medical kits and armour from around the world.

Speaking from her emergency hub in Lviv, the tearful consultant cardiothoracic anaesthetist for Brighton and Sussex University Hospitals vowed to defeat monster Vladimir Putin and praised her NHS colleagues. 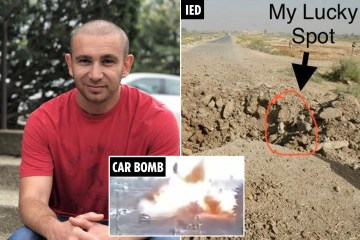 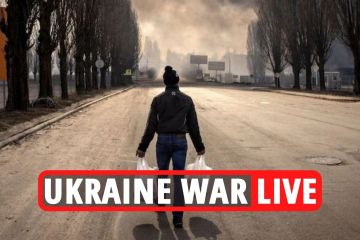 “But kit is coming from across the world. I’ve organised 40,000 tourniquets, 1.5million first aid kits and it has snowballed to multimillion-pound sponsors.

“I was able to send huge 900-litre boxes packed on trucks. The amazing NHS put items aside for me. And the equipment is now saving lives. But no matter what I do, it won’t be enough thanks to the evil Putin unleashing missiles on our people.

“He is targeting schools and hospitals. He is a monster.

“But we will defend our country no matter what.

“And thanks in large part to the NHS, and ongoing kindness from the UK, we will prevail.”

She wept for 24 hours after learning of the Russian invasion then dropped everything to head to the war zone.

Jacco, who is Dutch, is now looking after the children alone.

Iryna said: “I told my partner I had to be in Ukraine. He hasn’t stopped crying. I just headed to the airport. It was devastating leaving my children. I was still breast-feeding Alexandra

“But I had to help my country survive and knew I would never forgive myself if I didn’t head back to help. Jacco has threatened divorce but deep down knows I have to do this.”

The shattered Angel of Ukraine praised the NHS.

She said: “I owe the NHS a lot. After being medically trained in Kyiv I was warned against a medical career by my family, so I left for Britain. I never looked back and flourished in the NHS.

“From day one I was acutely aware of the medical backwater of my homeland and so was allowed to send unwanted items home. My NHS colleagues have been wonderful.

“I always knew the items would be critical for Ukraine but never imagined they would save lives in a bloody invasion.”

She has launched training programmes for Ukraine medics that she learned in her NHS stint, also fronting a charity, Smart Medical Aid.

Her role organising doctors and field hospitals has drawn parallels with 19th century Brit heroine Florence Nightingale, who trained and organised nurses in the Crimean War.

Iryna said: ‘The amazing NHS put items aside for me. And the equipment is now saving lives’Credit: Chris Eades

Iryna added: ‘I always knew the items would be critical for Ukraine but never imagined they would save lives in a bloody invasion’Credit: Chris Eades