A HAIR expert has revealed there’s a right method to washing your hair – and it’s not how we’ve all been doing it.

Stella, who goes by the name @manemethod on TikTok, recently updated her social media followers on the common mistake most people make when lathering up when they’re in the shower or bath.

A hair expert has revealed most people are washing their hair in completely the wrong wayCredit: TikTok / @manemethod

Stella uploaded a video titled: “How to wash your hair without drying out the ends and creating extra tangles #hairmistakes #hairtips.”

In between footage of her applying shampoo to her entire head, she explained: “One common mistake we’re all guilty of is washing our hair like this.”

The hair expert then went on to explain that there’s an alternative method that ensures your hair doesn’t dry out.

However, to achieve this, you have to make sure you’re being extremely careful about where you’re putting your shampoo, and should never put it directly onto your ends. 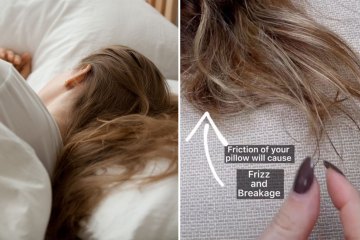 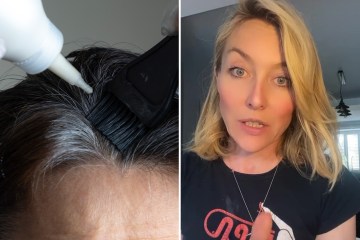 Revealing all, Stella continued: “Instead, try this – grab yourself a quality shampoo. First, lather the shampoo in your hands.

“Then, using your fingertips, massage your scalp thoroughly. If you have an oily scalp, double cleanse squeezing your hair.”

“Push down the shampoo to the ends, and do not add shampoo directly to your ends – it can be drying.”

As the video racked up likes, Stella’s followers said they couldn’t believe they’d been getting it wrong for so long.

One wrote: “Guilty!” while another added: “My God, I’ve been washing my hair wrong for years.”

A third said: “Me watching this with a towel on my head after just washing my hair wrong.”

However, Stella assured them it wasn’t too late to change their ways and start doing it the right way.

Replying to one of her followers, she wrote: “It took me a while to figure it out.” She later added: “I wish I had known earlier.”

Stella said many make the mistake of lathering up their entire headCredit: TikTok / @manemethod

Then massage into the scalp and work downwards – avoiding putting directly on to the endsCredit: TikTok / @manemethod