During Tuesday’s confirmation hearing, Jackson has said she’s “not sure” if CRT is being taught in schools, which Sen. Ted Cruz, R-Texas, said was a “little hard to reconcile” because the Georgetown Day School – where she sits in the board of trustees – has assigned or recommend “Antiracist Baby,” by critical race theory pioneer Ibram X. Kendi.

The Republican lawmaker held up a copy of the book, flipping through the pages and pointing out elements of the book that he feels are inappropriate for children. Rantz has long been critical of the book and penned an opinion piece labeling it a tool for left-wing adults to “craft left-wing activists” out of babies.

“It’s children’s book about a little baby who goes to a BLM protest and really falls in love with the movement and it’s basically a propaganda and indoctrination book to get kids more aligned with the CRT lens,” Rantz told Fox News Digital last month at the Conservative Political Action Conference (CPAC) in Orlando. 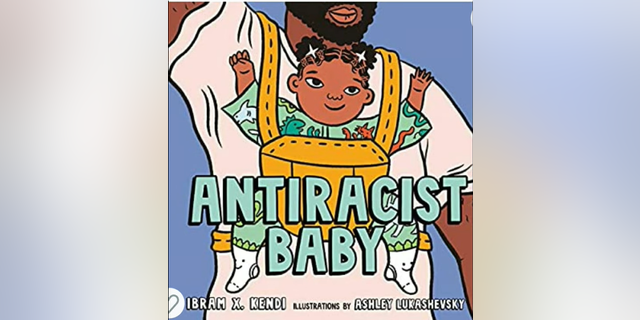 “I noticed that it was being taught at the Edmonds School District, there was a video posted on the district’s Facebook page reading the book aloud, and then when I started to dive in a little bit more, this is a book that’s being used across the country and it’s not really intended for children,” Rantz continued. “The more I read it, the more I realized, ‘Oh this is actually a book for the parents or the guardian, as well as teachers to start to get them to framing these issues around social justice for their kids.'”

Rantz said the book has tidbits such as the baby speaking out on policy matters that make him feel the book is inappropriate for kids.

“Babies aren’t speaking out against policy, they’re not speaking out against anything because they are babies,” he said. “This is just about introducing it early on and the intent is to turn them into activists and to get them really, really young. Get them thinking about this at an early age, indoctrinate and then move on. That’s really what this is about and I think that that’s dangerous.” 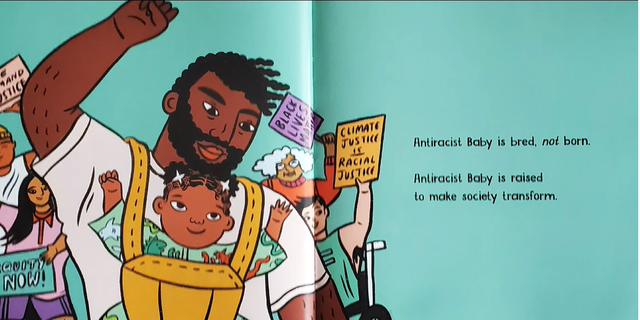 Jackson told Cruz she doesn’t believe any child should be “made to feel as though they are racist” or “not valued, or less than, or victims or oppressors,” but insisted critical race theory is only taught in law schools and private schools.

“We’re basically gonna start teaching kids to see race everywhere, where I thought that was not the idea,” Rantz said. “I thought the opposite was the idea.”

In order to stop what Rantz called “liberal indoctrination,” he feels people simply need to “call out” and recognize what’s occurring and then counter-program.

“If you’re not able to stop this stuff from getting introduced into the classroom, and in many cases you’re not going to be able to, so you have conversations with your kids to make sure you know what they’re being taught and then, guess what, you teach them the truth and you make sure that they know they don’t have to accept some of this indoctrination,” Rantz said. “You can give them the details on your own. It’s a little bit of, sort of, an extra job for parents … But unfortunately, right now, until we do some really wholesale changes in our schools, that’s necessary.”

Next post Republicans have requested presentence reports on some of Jackson’s cases.