It turns out that Jay Monahan and the rest of the PGA TOUR aren’t the only ones upset with the pro golfers who have agreed to participate in LIV Golf events. A 9/11 survivors group has also publicly criticized them for accepting tremendous sums of money from LIV, which is funded by Saudi Arabia.

On Friday, 911families.org issued a statement that accuses players of, among other things, helping the Saudi Kingdom “whitewash their reputation” after their involvement in the attacks on 9/11. 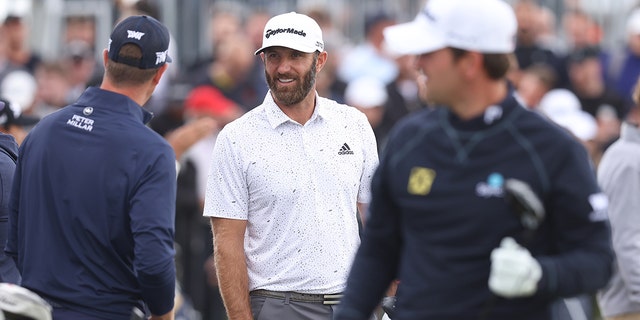 Dustin Johnson of 4 Aces GC looks on during day one of the LIV Golf Invitational – London at The Centurion Club on June 09, 2022 in St Albans, England. (Charlie Crowhurst/LIV Golf/Getty Images)

“As you may know, Osama bin Laden and 15 of the 19 September 11 hijackers were Saudis,” the statement reads in part. “It was the Saudis who cultivated and spread the evil, hate-filled Islamist ideology that inspired the violent jihadists to carry out the deadly 9/11 attacks. And, most egregiously, it is the Kingdom that has spent 20 years in denial: lying about their activities, and cowardly dodging the responsibility they bear. Yet these are your partners, and much to our disappointment, you appear pleased to be in business with them.” 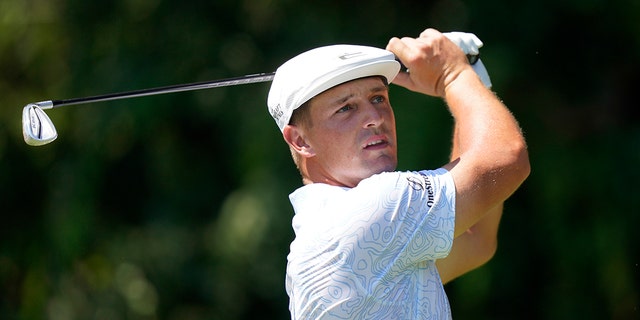 Bryson DeChambeau hits from the second tee during the third round of the Tour Championship golf tournament Saturday, Sept. 4, 2021, at East Lake Golf Club in Atlanta.  (AP Photo/Brynn Anderson)

“Given Saudi Arabia’s role in the death of our loved ones and those injured on 9/11—your fellow Americans—we are angered that you are so willing to help the Saudis cover up this history in their request for ‘respectability.’ When you partner with the Saudis, you become complicit with their whitewash, and help give them the reputational cover they so desperately crave—and are willing to pay handsomely to manufacture.” 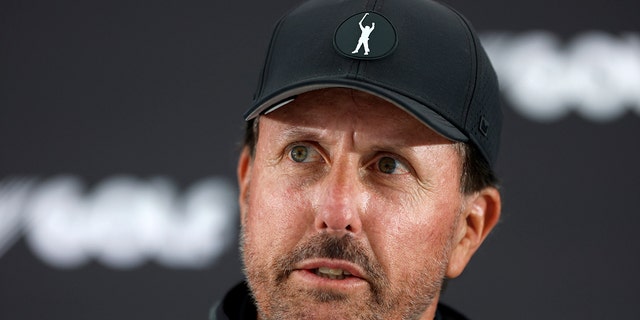 So far, the PGA TOUR has suspended 17 players — including Kevin Na, Phil Mickelson, and Dustin Johnson — for joining forces with LIV. However, other players are expected to follow suit.