First, we had the QB mentorship drama in Tennessee, where veteran Ryan Tannehill allegedly intended to keep his distance from rookie Malik Willis because he felt threatened by the competition.

That turned out to be a big, ol’ nothingburger. 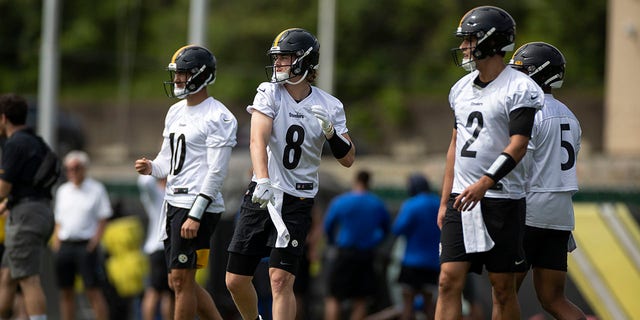 Pittsburgh Steelers quarterback Kenny Pickens (8) takes part in a drill with quarterback Mitchell Trubisky (10), Mason Rudolph (2), and Chris Oladokun (5) during the team’s OTA practice on May 25, 2022, at the Steelers Practice Facility in Pittsburgh, PA.  (Photo by Brandon Sloter/Icon Sportswire via Getty Images)

Now, we have some QB mentorship issues arising in Pittsburgh, and this time, the issue seems to have been a big, ol’ Roethlisberger.

Mason Rudolph, whom the Steelers drafted in 2018, has played second — and in some cases, third — fiddle to legendary gunslinger Ben Roethlisberger. Now that Roethlisberger has hung up the cleats for good, Rudolph thought 2022 might be his time to shine, especially after the untimely passing of teammate Dwayne Haskins.

But his team had other ideas and drafted University of Pittsburgh star Kenny Pickett back in April. 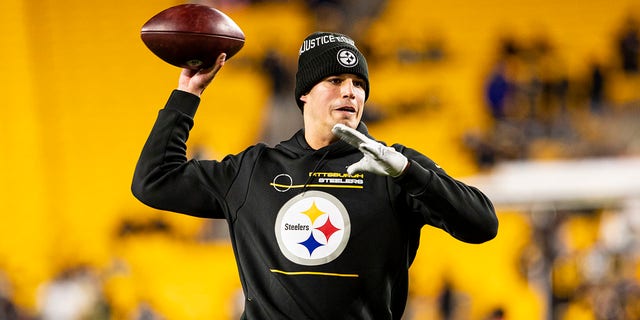 Still, despite the arrival of stiff competition, Rudolph says that there’s no rivalry.

FRANK GORE OFFICIALLY RETIRES WITH 49ERS AFTER 16 SEASONS IN NFL

He then took a shot at the media, claiming that they are responsible for creating drama that isn’t necessarily there.

“I think you guys make a bigger deal out of the competition than the players do,” Rudolph said. “Because we’re competing every single day, regardless.”

Rudolph did, however, insist that he wouldn’t treat Pickett “like someone else” once treated him, a veiled reference to Roethlisberger, whom Rudolph implies didn’t help him much when he was a rookie. 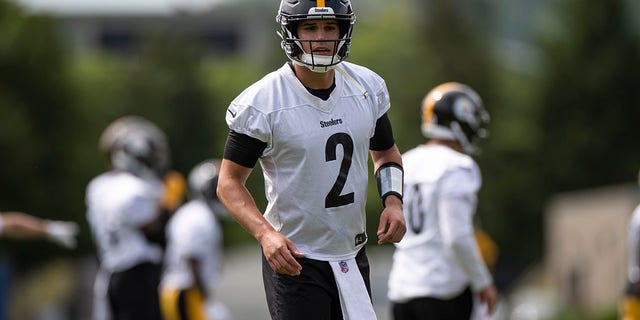 Pittsburgh Steelers quarterback Mason Rudolph (2) takes part in a drill during the team’s OTA practice on May 25, 2022, at the Steelers Practice Facility in Pittsburgh, PA.  (Photo by Brandon Sloter/Icon Sportswire via Getty Images)

Rudolph then hinted that the situation between himself and Roethlisberger was a bit strained during those first few years together.

“We’ve probably all been in situations, whether it’s high school, college or pro, where we’re the incumbent starter, and there’s a new freshman, there’s a new rookie, there’s a highly recruited guy,” Rudolph said Wednesday after practice. “I’ve always believed in, the starter shouldn’t have to go out of his way, because he’s got a lot of things to deal with. But definitely be open to questions and help the growth and development of a younger quarterback, yeah.”

So, in sum, there’s no QB room drama in Pittsburgh now when there’s no clear starter for the upcoming season, but there may have been QB room drama when Roethlisberger remained firmly at the helm.

We’ll see soon enough who gets the nod to start this fall.

Who do you think will start for the Steelers in Game 1, Rudolph or Pickett? Comment below.

Next post Why Are We Still Governed by Baby Boomers and the Remarkably Old?