A MUM who lost her three-year-old son in an unexplained death has spoken about her family’s life was changed forever.

Emily, 34, and Darren Bowes, 39, from Lancaster, lived with their two sons, Alexander, three, and Freddie, two, with another child on the way.

Emily and Darren with their two sonsCredit: MEN Media

Tragedy struck on Boxing Day last year when Alexander died suddenly for reasons that have not been explained.

Sudden Unexplained Death in Childhood (SUDC) is rare with about one death per 100,000 children.

Having taken her son Freddie out for a walk, the mum-of-two returned home to find blue lights flashing outside her home and was later given the devastating news of her son’s death.

“Alexander was a joyous little boy. He loved cars, Peter Rabbit, spending time with family, being outside. He was just a really cheeky little chap that just lit everybody up,” Emily told Lancs Live. 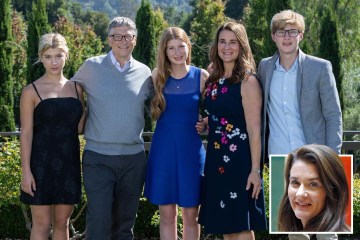 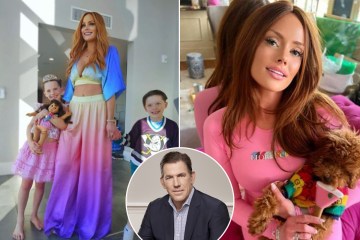 “We had a lovely Christmas day, he was dancing with his younger brother Freddie to the Masked Singer the night before and he had a whole day of opening his presents with Freddie.

“He was just a little bit tired and unwell with on and off tummy bug symptoms. We had a really lovely family Christmas which I’m really grateful for.

“On Boxing Day, he’d been a bit unwell but no temperature or anything, nothing particularly serious. I went out on a walk with Freddie and came back to police van outside my house went straight to hospital and he died later that evening.”

The charity SUDC UK states that there are currently around 40 children between the age of one and 18 years who die suddenly in the UK every year.

The cause remains unexplained after thorough investigation including post-mortem; more than young child deaths from traffic accidents, fires or drowning and despite the child seeming to be healthy.

The charity, alongside its global partner, the SUDC Foundation, currently supports over 1,200 bereaved families across the world, including Emily’s family.

Moments after Alexander’s death was confirmed, Emily, who is a lecturer at the University of Central Lancashire in Preston, said she and her husband spent days walking around in a daze.

“You just walk around in a daze to be honest, thankfully our youngest gave us strength and got us out of bed – you end up blocking those early days out, you just exist,” she said.

“You have to go through all of the administrative stuff that you’ll never dream that you have to do as a parent like sorting out the undertaker, communicating with a coroner and waiting for a post-mortem.

“You don’t expect them to have to happen for a parent as a child, it’s not something I would wish on anybody and having no answers makes it even more unbearable as a thought to have to potentially live with.

Since sharing the news of her son’s death, Emily said she had been “overwhelmed” by a wave of support.

She also praised the medical team at Royal Lancaster Infirmary, who she said had been “incredible”.

Since their son’s death Emily and Darren have been working with SUDC UK and have set up a charity fundraiser to pay for research and raise awareness.

Donations can be made on their fundraising page, along with more information on upcoming events.

Alexander’s death as not been explainedCredit: MEN Media