There were at least eight fatal drug overdoses between May 22 and June 1 throughout Montana, all of them likely due to opioids, health officials said this week.

First responders found blue M30 pills near the deceased, which are likely counterfeit pills laced with fentanyl, a dangerous opioid that is 50 to 100 times more powerful than morphine.

“Counterfeit pills containing fentanyl are becoming increasingly common nationally, and in Montana are taken by people who misuse diverted prescription opioids as well as those who inject, smoke, or snort drugs,” the Montana Department of Health said in a statement on Tuesday. 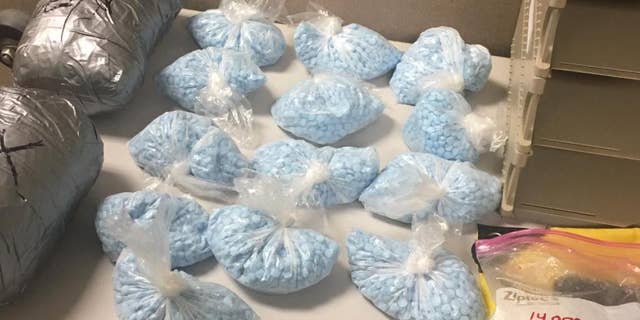 Six of the deceased were male and two were females, and they all had a history of substance abuse, health officials said, calling the trend an “alarming number of fatal overdoses.”

Fentanyl has been driving a recent surge in overdose deaths nationwide, as it was responsible for about three-quarters of the record 107,622 fatal overdoses last year, according to the CDC. 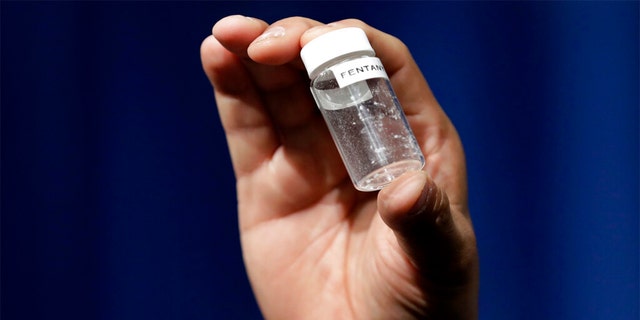 A reporter holds up an example of the amount of fentanyl that can be deadly after a news conference about deaths from fentanyl exposure, at DEA Headquarters in Arlington, Va., June 6, 2017.  (AP Photo/Jacquelyn Martin, File)

Law enforcement have tried to keep up with the growing threat in the state, seizing more fentanyl in the first three months of this year than in the previous four years combined, according to health officials and the Montana Department of Justice.

“The Department of Justice is working to get fentanyl off the streets and continuing to track the crisis closely,” Montana Attorney General Austin Knudsen said Tuesdy.

“Please, do not take pills that were not prescribed to you and talk to your children about the extreme risk associated with opioids and drug abuse.”