A fight may have proceeded the deadly Philadelphia shooting that claimed the lives of three people and wounded 12 others.

“At this time we believe one of the three deceased was a male involved in a physical altercation with another male that was potentially the genesis of the shooting,” Philadelphia Police Commissioner Danielle Outlaw said at a Sunday news conference. “These individuals eventually began firing at one another, with both being struck, one fatally.”

Outlaw said that officers responding to the scene began treating gunshot victims when another officer observed a man firing a handgun into the large crowd, with the officer drawing his weapon and firing “several times in the direction of the unknown male, we believe striking him.”

The unknown male then dropped his handgun and fled on foot, escaping capture from pursuing police. 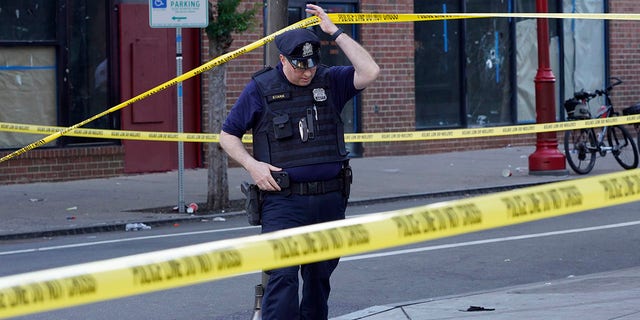 The shooting happened on South Street, a popular area of the city for tourism and nightlife. Police said that they had a beefed up presence in the area prior to the shooting, but noted that it is a large area for officers to cover.

The sound of gunfire sent crowds of people scattering in different directions, with some of those not involved in the altercation being struck by the gunfire.

“You can imagine there were hundreds of individuals enjoying South Street, as they do every single weekend, when this shooting broke out,” Philadelphia Police Department Inspector D.F. Pace said of the incident Sunday. 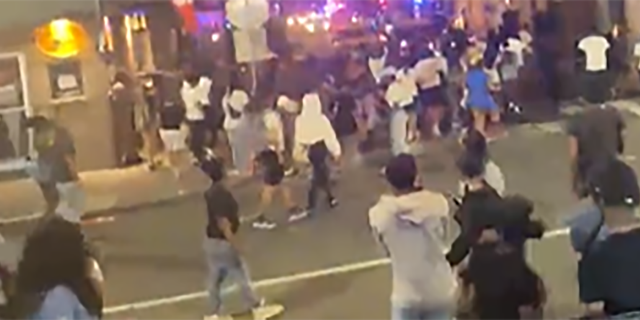 Police are still searching for the suspect who may have been wounded by a responding officer, asking the community to send in any tips that could help lead to an arrest.

“Yesterday was a dark day for Philadelphia,” Outlaw said. “While many of us were enjoying the beautiful day in the city, a horrendous and unthinkable act happened.”