A PLANE travelling from the UK to Turkey had to be diverted after a woman allegedly slapped other passengers during the flight.

The Jet2 flight to Antalya, Turkey, left Manchester Airport at around 9.15am on Monday morning.

The Jet2 flight was forced to divert to Vienna after a woman reportedly slapped multiple peopleCredit: MEN Media

It was due to arrive almost four and a half hours laterbut plans abruptly changed when a disruptive female passenger lashed out.

Following the incident, the flight had to land in Vienna almost two and a half hours into the journey at around 11.40am.

It then set off again for Antalya at 1pm, before arriving shortly after 3pm.

One passenger on board the plane, who wished to remain anonymous, said that a female passenger became disruptive “about an hour and 20 minutes” into the flight. 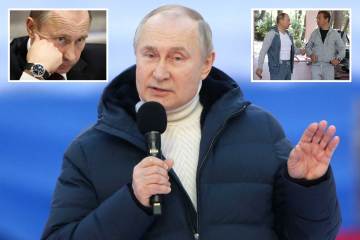 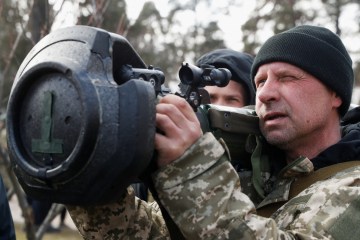 They told Manchester Evening News: “There was lots of noise. Then she came to the front of the plane.

“She was really angry towards Jet2 staff and wouldn’t calm down. Her voice was getting louder and more aggressive – she was shouting in people’s faces.

“People were saying she was kicking off at the airport before she even got on the plane. Then some people said it was over babies crying on the flight.

“A customer said something and she slapped him in the face. Then a man got up to try and calm the situation before taking her to the back of the plane.”

The passenger claimed that staff then made the decision to divert the flight to Vienna.

As the plane landed, the woman reportedly slapped another passenger as she left the airline.

The airline sent a text message to passengers onboard the flight just before 12pm, apologising for the incident.

The message read: “Hello, we are sorry that due to the disruptive behaviour of a fellow passenger, your flight has been diverted to Vienna.

“We are working on a situation to get you on your way as soon as possible.”

The flight operator also confirmed that the flight successfully continued onto Antalya once the passenger had been offloaded.

After the incident a Jet2 spokesman said: “We can confirm that flight LS895 from Manchester to Antalya diverted to Vienna earlier today so that a disruptive passenger could be offloaded.

“As a family friendly airline, we take a zero tolerance approach to disruptive behaviour.”

Next post $12 Billion to 1,257 Groups: MacKenzie Scott’s Donations So Far