It seems that Jon Stewart has learned absolutely nothing over the past two years. In a stunning interview with Arkansas Attorney General Leslie Rutledge about proposed laws to restrict the medical gender transitioning of kids, the former funny man actually asked, “You’re suggesting that protecting children means overriding the recommendations of the American Medical Association…?”

Yes, Jon, that is what is being suggested. Why? Because it was the AMA and the rest of the alphabet soup of medical advocacy organizations that supported school closing, masking kids, and a host of other restrictions that we now know harmed millions of them. They should have been overruled then and must be questioned now.

The smugness of Stewart’s blind devotion to institutions that utterly failed the nation is beyond bounds. He scoffs when Rutledge claims that scientists testified in the Arkansas legislature about the dangers of transitioning.

Does this sound familiar? Remember when people like Drs. Jay Bhattacharya, Scott Atlas, and all of the signers of the Great Barrington Declaration were mocked as quacks who should be ignored? Then remember how it turned out they were right about pretty much everything? Stewart apparently doesn’t. 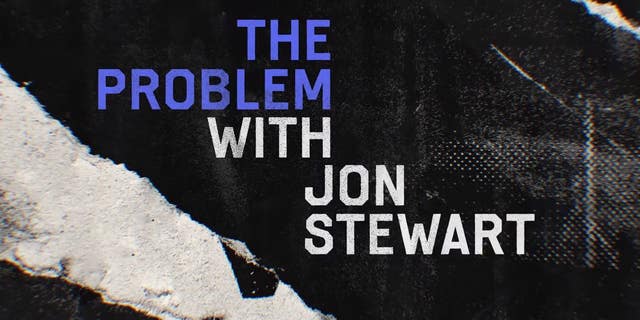 ‘The Problem with Jon Stewart’ is another way for media people like Stewart to enforce the liberal narrative of events.

All throughout the pandemic lockdowns we heard, “it’s not about politics, it’s about science!” That was and is a steaming bag of utter nonsense. Of course, it was about politics. When broad public health policies, like school closures, are pushed into place the ramifications affect all of society, and as such they are political, not merely medical decisions.

This is true of so-called gender-affirming care, as well. That’s because such medical procedures are about more than individuals and their doctors. In fact, such treatment requires that all of society buy into the metaphysical proposition that people can change gender and requires opening women’s sports, gender-specific spaces and all the rest to obey the AMA and its allies like Stewart.

There is another similarity at work here. From the earliest days of COVID-19, we knew its risk to children was extremely small. In order to protect a tiny vulnerable population our experts opted to harm almost all children. Likewise, in order to protect a tiny fraction of kids with extreme gender dysphoria who are allegedly at risk of self harm without affirmation, all cases must be affirmed.

According to a recent study the number of children diagnosed with Gender Dysphoria in our country leapt from roughly 21,000 in 2019 to 42,000 in 2021, doubling in just two years. Whether this increase is a result or social contagion, greater acceptance, or anything else, it is folly to affirm every child who expresses any gender confusion at a tender age.

Thousands and thousands of kids who may well have grown out of dysphoria naturally will be plunged into the lucrative assembly line of gender transformation, many in ways that cannot be reversed.

More broadly, all of us and all of our children, churches and culture will be browbeaten into the acceptance of a non-binary concept of gender that most Americans reject.

If Stewart wants to sit there with the little look on face, mugging to obedient fans about how superior they all are to ignorant Republicans, that is his business. But given what we have so recently gone through at the hands of these wise experts, he looks like an absolute fool.

It was George William Russell who wisely wrote long ago that “experts should be on tap, not on top.” Of course, we must listen to and weigh what they say, but this time we must listen to all of the experts, thank you very much, not just the ones wearing expensive institutional blinders.

Do not let Stewart, or anyone else tell you that if you aren’t a specially selected doctor, you have no say in the questions of children and gender. We saw the havoc wrought by such thinking during COVID-19. America is not a tyranny of expertise and Americans must never allow it to become one.