Daniel Suarez is celebrating in Sonoma.

The Trackhouse Racing driver won the Toyota Save Mart 350 at Sonoma Raceway on Sunday, earning his first win in the NASCAR Cup Series.

The 30-year-old NASCAR veteran is the first Mexican and just the fifth foreign-born driver to win a Cup Series race.

The Sonoma win came at his 195th Cup Series event and six years after he won the Xfinity Series championship in 2016. 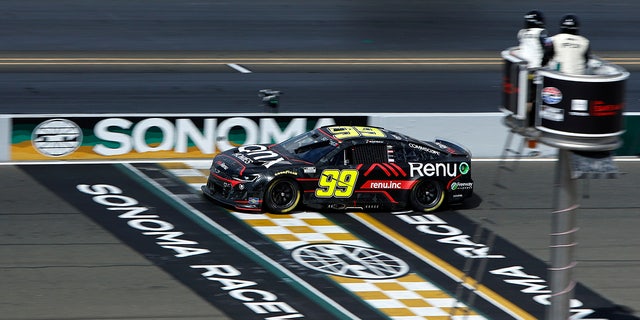 “It’s been a rough journey in the Cup Series and these guys believed in me,” Suarez said of his teammates and family.

“They never gave up on me. A lot of people did, but they didn’t. So I’m just very happy that we were able to make it work.” 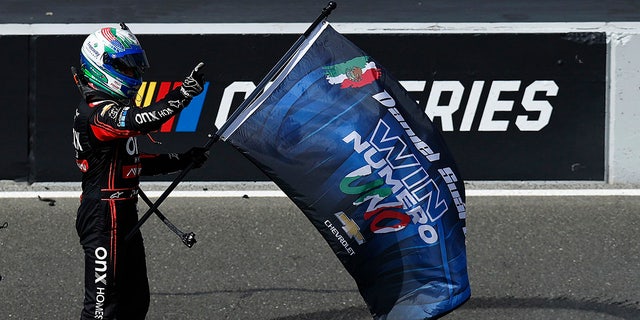 Suarez was followed across the finish line by Chris Buescher, who dramatically crashed out of the Coca-Cola 600 two weeks ago and had to sit out last week’s race in St. Louis with a COVID-19 infection. 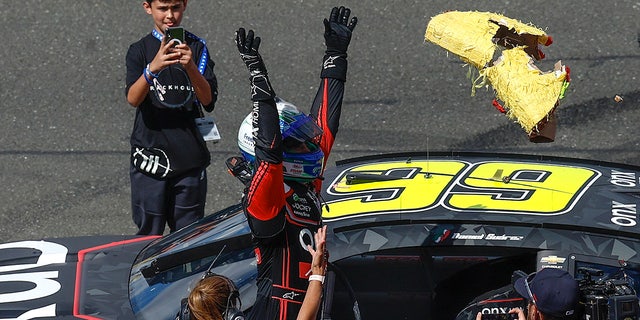 Suarez celebrated by breaking a pinata shaped like a taco. (Sean Gardner/Getty Images)

Suarez celebrated the win by breaking a piñata shaped like a taco, similar to how his teammate Ross Chastain has become famous for crushing watermelons when he wins, in honor of his family’s heritage farming the fruit in Florida.

Trackhouse Racing, which is co-owned by former driver Justin Marks and rapper Pitbull, debuted last season and now has three wins this year and both drivers in playoff positions, with Chastain currently third in the standings.