As a television show, the second House committee hearing on Jan. 6 was better programming, since it featured taped depositions from some of the advisers closest to Donald Trump.

One after another, these officials – people appointed by Trump – told him there was no evidence to support his allegations of widespread election fraud, including wild claims about rigged voting machines. And to add some color, there were multiple accounts of a drunk Rudy Giuliani trying to convince the president of the debunked accusations.

Chairman Rep. Bennie Thompson, D-Miss., meets with the select committee on the Jan. 6 attack as they prepare to hold their first hearing Tuesday, on Capitol Hill, in Washington, Monday, July 26, 2021. (AP Photo/Andrew Harnik)

But Trump shrugged off his inner circle’s adviser, declared victory in the early-morning hours and decried election fraud – a stance that continues to this day. Now take a step back. If you’re not a political junkie, you know the basic outlines of all this – and have for most of the past year and a half.

Based on leaks, news stories and books by some of the players, you’re well aware that most of the people around Trump urged him to gracefully concede to Joe Biden and that the president barreled ahead with his “big lie” theory.

And you’ve long since made up your mind whether or not Trump is responsible for the Capitol riot, or whether the media and the Democrats are hounding him and ignoring the fraud allegations he keeps invoking.

Is a hearing on a Monday morning (this one carried by Fox News along with other networks), when people are working, really going to move the needle? I doubt it. And the fact that there is no defense – the panel’s members from both parties are anti-Trump – makes it easier for his supporters to dismiss the proceedings as a show trial.

Yesterday’s session did produce a killer sound bite: Trump’s former attorney general saying in a deposition that he is “detached from reality.” But Bill Barr made his feelings clear in his book and subsequent interviews, including one with me.

Barr said in his deposition that he was “somewhat demoralized” because “when I went into this and would tell them how crazy some of these allegations were, there was never an indication of interest in what the actual facts were.” He said they knew that later, mail-in ballots would favor Democrats.

Bill Stepien, Trump’s former campaign manager, said in his taped session that Trump’s would-be influencers had devolved into “Team Crazy” and “Team Normal.” He said his boss ignored him when he said there was no basis to claim victory on Election Night as votes were still being counted. (Stepien was slated to testify live but canceled when his wife went into labor.)

A White House lawyer, Eric Herschmann, said in a deposition that John Eastman, a leader of the effort to get Mike Pence to block the results, continued his crusade and “I said to him, ‘Are you out of your effin’ mind?’ I said I only want to hear two words coming out of your mouth from now on: orderly transition.” 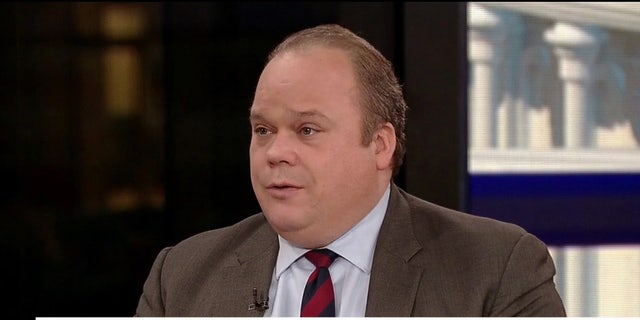 My former Fox News colleague Chris Stirewalt testified that the network was totally justified in calling Arizona for Biden and that events have proven the projection correct. Stirewalt, the digital politics editor, was let go after the election.

The Democrats opened one other front, that the Trump campaign and a related PAC raised $250 million by claiming it would be used to fight election fraud when they had been told there was no evidence of significant fraud. “Not only was there the big lie, there was the big rip-off,” said congresswoman Zoe Lofgren.

So where does that leave us?

The strength of yesterday’s hearing was that it wasn’t Adam Schiff and Liz Cheney denouncing Trump’s actions, it was such former close advisers as Barr and Stepien. They portrayed their boss as losing interest in their protestations and gravitating toward Giuliani and other lawyers who were telling him what he wanted to hear. 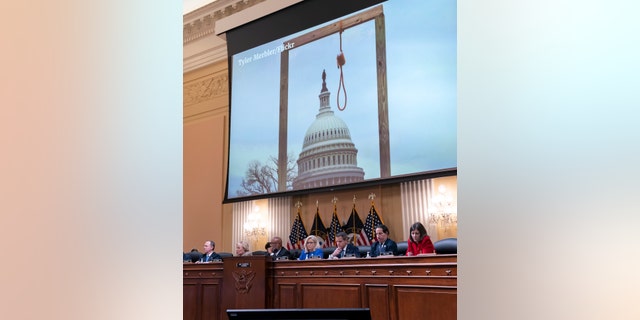 SUBSCRIBE TO HOWIE’S MEDIA BUZZMETER PODCAST, A RIFF ON THE DAY’S HOTTEST STORIES

But Trump’s supporters have consistently followed his lead as he’s turned on past aides who fell out of favor, going back to Jim Mattis, Rex Tillerson, John Bolton and Jeff Sessions, who lost a race for his old Senate seat. They are portrayed as incompetent, disloyal RINOs, or deep state denizens. Barr has already felt the backlash. The former president even took a swipe at his daughter Ivanka for backing Barr.

Much of Trump’s base is so locked into his rigged-election narrative that they are mocking or ignoring the hearings as a kangaroo court assembled by Nancy Pelosi. Maybe the Democrats’ intended audience is really at the Justice Department.

Howard Kurtz currently serves as host of FOX News Channel’s (FNC) MediaBuzz (Sundays 11 a.m.-12 p.m. ET). Based in Washington, D.C., he joined the network in July 2013 and debuted on Special Report with Bret Baier to discuss the media’s coverage of the George Zimmerman murder trial.

Next post North Dakota: How to Vote, Where to Vote and What’s on the Ballot