Defense Secretary Lloyd Austin will meet with his Chinese counterpart, Defense Minister Wei Fenghe face to face for the first time in a tour of Asia next week. The Chinese government formally reached out to the Pentagon Friday to set up the meeting. The focus of it will be on “managing competition,” according to a US official familiar with planning.

One aspect competition is heating up between China and the US is the race for rare earth minerals. These 17 metallic minerals make up almost everything electronic, including the US military’s most important weapons like F-35 fighter jets, M1Abrams tanks, surface-to-air missiles, hand held radio’s and everything in between. 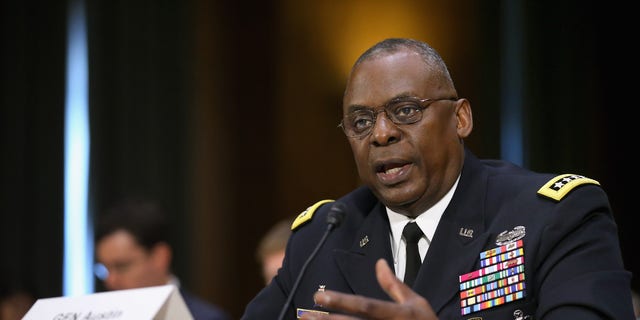 Gen. Lloyd Austin III, commander of U.S. Central Command, testifies before the Senate Armed Services Committee about the ongoing U.S. military operations to counter the Islamic State in Iraq and the Levant (ISIL) during a hearing in the Dirksen Senate Office Building on Capitol Hill. (Chip Somodevilla/Getty Images)

China currently controls nearly 90% of the world supply of rare earth minerals, a supply chain that is so crucial to national security that the Defense Department submitted its own legislative proposal to the House Armed Services Committee asking for $253.5 million to build up a bigger mineral stockpile. If the supply chain for these minerals fails, planes will stop flying, tanks will grind to a halt and the US military may have trouble communicating.

In a bipartisan solution, Senators Mark Kelly (D-AZ) and Tom Cotton (R-AR) of the Senate Armed Services Committee have come together to sponsor the REESHORE Act. This legislation would help create a larger stockpile for the US military along with creating more incentives to mine these minerals in the US. Senator Kelly, a former astronaut explained how he saw the problem firsthand from space. 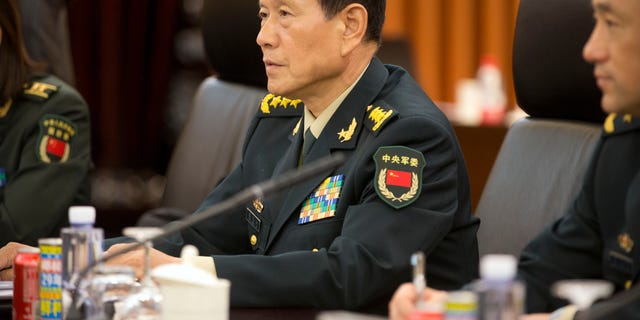 China’s Defense Minister Wei Fenghe (C) talks with US Defense Secretary Jim Mattis (not pictured) during their meeting at the Bayi building in Beijing on June 27, 2018. (Mark Schiefelbein/AFP via Getty Images)

“I’ve flown in space over China many times, orbited this planet hundreds of times. You look down over China and you see like what looks like lakes of very strange colors. And it’s because that they’re processing of things like rare earth metals. It’s a very dirty process,” Kelly said, alluding to the pollution China has had due to its mining of its minerals.

Senator Tom Cotton said if China were to cut the US off from these resources, the current Department of Defense stockpile would last under a year.

Production and mining of these materials in the US is highly limited due to heavy environmental regulations. Other supply chain issues are not helping. Given rising tensions with China over Taiwan and Ukraine, Beijing’s monopoly over rare earth minerals is an alarming national security issue.

Drew Horn, a former US Army Green Beret saw just how important these materials are to US security when he was fighting overseas. Horn started a company called GreenMet with the goal to secure these minerals in the supply chain. Horn explained the problem, “It’s incredibly difficult to synchronize and bring all of it together in a way that actually moves the needle. Because what you’re talking about is essentially creating a vertically aligned supply chain that now only exists in China.” 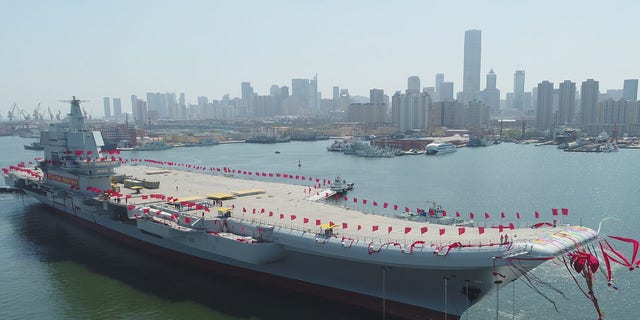 In this photo released by China’s Xinhua News Agency, a newly-built aircraft carrier is transferred from dry dock into the water at a launch ceremony at a shipyard in Dalian in northeastern China’s Liaoning Province, Wednesday, April 26, 2017. (AP Newsroom)

Horn believes the US has the ability to build the technology to process these minerals in the US and that it could even be superior to what is being done in China. “It would actually be superior to what’s currently being done in China because it would have regular regulatory oversight and better technology that would be forced because of the environment here,” Horn explained.

The Ronald Reagan Institute highlighted its concern in a task force report released last November about the need for the US to become more self-reliant. “China’s push for self-reliance starkly contrasts with America’s increasing dependence on imports, including in supply chains critical to national security such as rare earth minerals and semiconductors,” the report reads.

Roger Zakheim, Director of the institute says, “We’ve given it to China. We’ve essentially ceded it to China and that impacts everything from our F-35 fighter aircraft to the phones that we use every day in our lives.”

Previous post Who was Foo Fighters drummer Taylor Hawkins and what was his cause of death?