Detectives with the Utah County Special Victims Unit (SVU) are investigating a series of reports alleging “ritualistic child sexual abuse.” Investigators from multiple surrounding counties are also assisting the effort, with the earliest allegations dating to 1990, according to local outlet Fox 13.

“In April of 2021, an investigation began into ritualistic child sexual abuse and child sex trafficking that occurred in Utah County,” the department said in a press release Tuesday.

“The ensuing investigation discovered that other victims had previously reported similar forms of ritualistic sexual abuse and trafficking that occurred in Utah County, Juab County and Sanpete County during the time between 1990 and 2010. 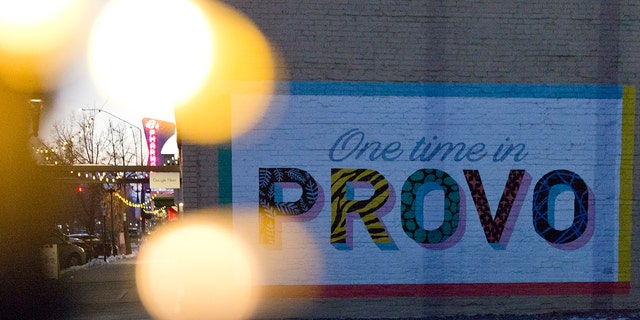 A mural in downtown Provo is pictured Jan. 22, 2018.  (Evan Cobb for The Washington Post via Getty Images)

“Portions of these allegations were confirmed,” the police added.

Utah County Attorney David Leavitt called for the resignation of Sheriff Mike Smith over the investigation, saying that Smith was irresponsibly revisiting allegations against Leavitt and his wife.

Leavitt held a press conference Thursday stating that he had obtained a report accusing him and his wife of ritualistic abuse and cannibalism, but police have not named Leavitt as a suspect.

The investigations have demanded the attention of the U.S. government, which has provided assistance via federal agencies.

The police are “pleading” with the public for information that could help in their case. They are also calling on anyone victimized but previously unknown to come forward and share their story.

“These allegations are being investigated by the Utah County Sheriff’s Office in cooperation with other local and federal agencies,” the Utah Sheriff’s Department continued. “We are pleading with the public and encourage victims or individuals with knowledge of these crimes to contact the Utah County Sheriff’s Office Special Victim’s Unit so that they can be offered all the assistance possible. We understand that there are individuals who have concerns for their safety and/or well-being who have been silenced. We need your help.”

According to high-ranking members of the Utah County Police, criminal charges are expected to be filed.

“Criminal charges, we believe it will get to that point, but we just haven’t gotten there yet,” UCSO Sgt. Spencer Cannon told local outlets. “The sooner the better. We don’t want to let anything sit longer than is necessary.”