MALIA Ann Obama is famously known as the daughter of President Barack Obama.

In March 2022, it was revealed that she now has taken up a new career, and fans want to know what she’s been doing since leaving the White House.

Malia Obama has started a new career in the entertainment industryCredit: Getty

Why are Donald Glover and Malia Obama trending?

In 2016, Glover debuted in the TV series Atlanta, and in March 2022, he confirmed to Variety that Obama has joined the show, which is in the middle of its third season.

Obama is reportedly serving as a writer for the show and is an “amazingly talented person,” said Glover, who also created the show. 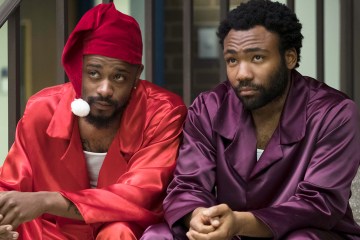 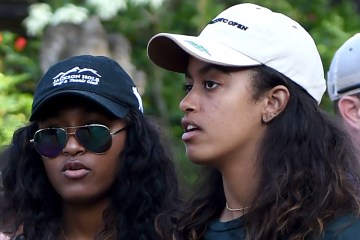 He later went on to add that she is “really focused, and she’s working really hard.”

Stephen Glover, Glover’s brother, and frequent collaborator added: “Donald always says perspective is important, and people with different perspectives are important for a writers’ room. And for sure, [Malia] definitely has a unique perspective on everything. So we wanted to hear her stories and have her work with us. Listening to her stories and having her involved really gave us a lot of good ideas.”

At this time, it remains unclear how involved Obama is or if she will be with the show for future seasons.

How can I watch Atlanta?

Atlanta is an Emmy Award-winning show about young rappers looking to make a name for themselves.

The show can be watched live Thursdays at 10:00pm EST on FX or streamed through Hulu.

Despite the show’s success, it was announced in February 2022 that it will end after four seasons, according to The Hollywood Reporter.

At the time, Glover joked with reporters saying that “to be honest, I kind of wanted it to end after season two.”

“When the conditions are right for something to happen, it happens, and when they’re not, it doesn’t,” Glover said at the time. “The story was always supposed to be what it was.”

A release date for season four has yet to be revealed.

Donald Glover revealed that Malia Obama has joined his show Atlanta as a writerCredit: Getty

Who is the cast of Atlanta?

Part of the reason that Atlanta is so successful is due to the star-studded cast.

The cast of Atlanta includes:

Previous post When Every Conversation Becomes a Game, We All Lose