A man in his 20s was fatally shot and two others, including a 15-year-old girl, were injured in a shooting incident at a shopping mall in Rosemont, the Chicago Tribune reported.

The incident occurred inside the Fashion Outlets of Chicago in Rosemont, located about 16 miles west of Chicago. 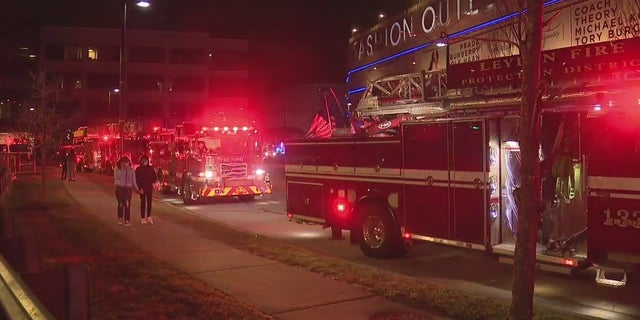 Two victims were taken to a hospital, the Rosemont Police-Fire said, including the man in his 20s who died to his injuries and the 15-year-old, who was shot in the wrist. Rosemont Police Sgt. Joe Balogh said her condition has stabilized, the Chicago Tribune reported.

Police are investigating the incident and believe at least two assailants were involved, they said.

“There’s pretty good camera surveillance inside the mall, so they’re reviewing all that,” Balogh said, according to the report. “There’s a lot of witnesses that were in the area that we’re trying to hunt down and ones that we’ve talked to already.”

Details about what led to the shooting were not disclosed, but it was revealed a third person who was shot ran away or “escaped,” according to Rosemont spokesman Gary Mack.

“In fact, it’s likely that the shooter would probably have escaped immediately. There is a parking garage attached to the mall with multiple access points,” Mack said, the Chicago Tribune reported.

Authorities were searching the mall store-by-store to remove everyone. The “offender is not on scene,” the department tweeted.

The area is safe, police said, but was still an “active scene.”

Anyone looking for family members and friends were told to go to the Caddy Shack Restaurant to reunite.

The shooting occurred days after four people were injured during a gunfire exchange at a Phoenix-area shopping outlet this week.

A 4-year-old boy, his mother and two teenage boys who fired at each other were injured, Glendale police said.

Previous post Arsenal news LIVE: All the latest from the Emirates Stadium

Next post Madeleine Albright on Covid-19, Fascism and Her Dream Superhero Team (Published 2020)