GAVIN & Stacey star Ruth Jones broke down in tears after hearing the sad story of one of her ancestors.

The Nessa star, 55, made an emotional appearance on the BBC’s Who Do You Think You Are? last night.

Ruth Jones had an emotional roller coaster on Who Do You Think You Are?

She became overwhelmed after learning about her grandfather, who laid the groundwork for the NHS, only to be shut out by it.

One viewer tweeted: “Did anyone just watch ‘Who do you think you are’ with Ruth Jones?

“What an amazing story of her grandfather who worked for years for the Medical Associations in South Wales (which I didn’t know about but were basically the model for the NHS) only to be rejected for an NHS role.” 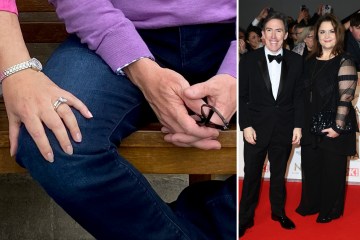 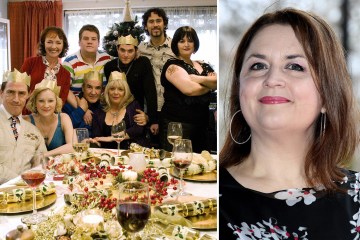 However, when the NHS was created in 1948, his application to work in it was bluntly rejected.

Breaking down in tears, Ruth says: “I find that really sad because he was really fighting for everybody and kept persisting, had that brilliant CV and they say: ‘No sorry, no room at the inn.’

“Even though he did not then get a job with the new NHS, his work helped influence the development of the National Health Service.”

However, she also spoke at her pride Henry helped to make the health service a reality.

She said: “What I do feel excited about, in a slightly shallow way, is that my grandfather knew Aneurin Bevan. Such an influential figure in our history.”

Ruth added: “Good on you, grandfather. You gave back to life and you helped a lot of people. And that’s pretty good going, I think.”

The actress co-wrote and co-starred with James Corden in Gavin and Stacey.

The also appeared in sitcoms Nighty Night, Stella, Fat Friends and even popped up in Little Britain.

Ruth is perhaps best known for playing Nessa in Gavin and StaceyCredit: BBC