A man was killed and three more were wounded in a shooting in Georgia Friday night after an argument over a woman.

When police arrived at The Gallery South Dekalb Mall, they found the wounded victims, all in their 20s and 30s, who were later rushed to the hospital. The shooting happened outside Fletcher’s Place just before 11:30 p.m. One of the men died Saturday morning.

The condition of the three wounded men ranged from serious to critical, according to WAGA. 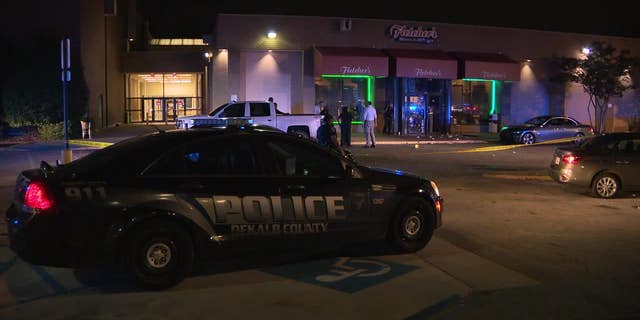 A Georgia shooting leaves one man dead and 3 wounded in Georgia Friday night after an argument over a woman. (Fox 5 Atlanta)

The investigation is ongoing as authorities continue to review surveillance video and speak to witnesses.

The suspect remains at large.