I LOVE my boobs and they’ve served me well.

I don’t think I’d have been chosen for I’m A Celebrity in 2008 without them.

Nicola McLean says she loved having her three boob jobs – even when surgeons had to remove her nipples to boost her to a GGCredit: NICOLA MCLEAN

I’ve had another two surgeries since.

I first went from a natural C cup to an E and in the next 20 years have gone up to a GG.

My first boob job was because of the culture in the early Noughties.
I was also doing lots of lads’ mags and Katie Price had hers done and was getting a lot of attention. 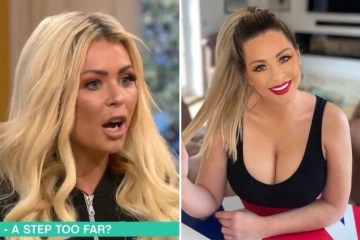 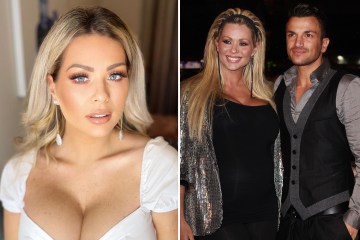 They were fashionable, like big bums now, because of the Kardashians.

The problem with Instagram and shows like Love Island is it’s made these ops look really obtainable, but it’s not for the faint-hearted.

The recovery time after my most recent uplift was quite long, and they even had to take my nipples off and reapply them for the surgery.

That said, I love mine – and I wouldn’t be where I am today without them.

Nicola doesn’t think she would have been chosen for I’m A Celebrity in 2008 without her boobsCredit: News Group Newspapers Ltd

Previous post Germany Is Ready to Lead Militarily. Its Military Is Not.