Marianna Sotomayor said Sunday that it might be too late for Democrats on the economy as gas prices skyrocketed to $5.00. (AP Photo/Jae C. Hong, File)

A Wednesday Washington Post column lamented the fact that high gas prices and a bad economy may be more important issues to voters than the January 6 hearings. The article warned that Americans might elect Republicans in the midterms as a result.

Columnist E.J. Dionne Jr.’s piece, titled, “Inflation could put election deniers in charge of our democracy,” warned that despite the January 6 Committee’s “effective work” in highlighting last year’s Capitol Hill riot by supporters of former President Donald Trump, “none of this could matter on election day” because people are anxious over the economy.

Dionne began his piece with the two competing issues at hand. First was the economy. “The Fed’s decision to raise interest rates by three-quarters of a point — the largest single increase since 1994 — put the economy smack in the news cycle while underscoring how little control President Biden has over what happens to costs between now and November,” he wrote.

Second was the January 6 hearings. He added, “Meanwhile, the House committee investigating Jan. 6 continued its effective work in calling attention to just how off-the-charts dangerous and egregious Donald Trump’s efforts to overturn the 2020 election were. Its hearings have shown how close we came to a democratic meltdown.” 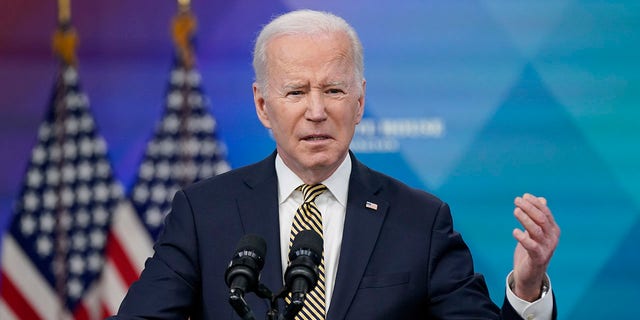 Though the author worried that gas prices are going to be the focus for most voters, and that the efforts of the January 6 Committee to sway Americans away from Trump-loyalist candidates will be voided.

“If Republicans up and down the ballot win this fall because so many voters choose to punish Biden and the Democrats for high prices, the GOP sweep would carry into office outright election deniers as well as politicians too timid or too opportunistic to challenge them,” Dionne claimed.

The fact that “more than 100 GOP primary winners backed Trump’s false claims of election fraud” has “underscored Trump’s ongoing power to defeat decent Republicans and bully others into submission,” the columnist observed.

He specifically mentioned several Trump-backed Republican candidates and their recent primary victories, warning that this “revolt against Democrats at the top of the ballot could put management of the 2024 elections in the hands of the same sorts of people the Jan. 6 committee is exposing as dangerous frauds.”

Dionne continued to sound alarm bells, citing President Biden and Congress’s bad polling to show that “The potential for an economy-led GOP landslide is high.” He stated, “data from a May 2-22 survey found that only 41 percent of Americans approve of the job Biden is doing, 18 percent approve of the job Congress is doing, 16 percent are satisfied with the way things are going in this country, and just 14 percent rate current economic conditions positively.”

The consumer price index is at a 40-year-high. (istock)

BIDEN LASHES OUT AT CRITICS AND DEFLECTS BLAME FOR SOARING INFLATION, TWITTER RESPONDS

As such, Dionne prescribed that “voters angry about the price of gas and groceries must be persuaded not to let their rage translate into support for Republicans who would throw sand into the gears of our democracy,” especially in “state and local races that affect election administration — think secretary-of-state positions and governorships, particularly in swing states such as Wisconsin, Pennsylvania and Michigan.”

Though the columnist mentioned that Biden and Democratic candidates should try to persuade voters that “their proposals to reduce costs are more credible than anything Republicans are offering,” he urged that they also need “to make the preservation of democracy a much higher priority for voters.”

He concluded, “Their ballots won’t cut prices at the pump or what they pay for groceries. But they will determine the future of our experiment in self-government.”