The former Utah Utes standout, 25, took to social media to share the news. 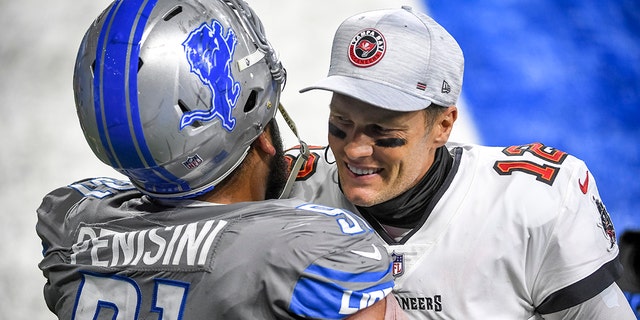 Tom Brady (12) of the Tampa Bay Buccaneers embraces John Penisini (91) of the Detroit Lions after a game at Ford Field Dec. 26, 2020, in Detroit.  (Nic Antaya/Getty Images)

“I have made the decision to retire from football,” Penisini wrote.

“I’m definitely going to miss my teammates and the coaching staff but I’m glad I got to experience it. I’m happy and excited for whatever life has for me.”

Penisini did not reveal why he was retiring, but following Penisini’s rookie season, head coach Dan Campbell noted Penisini had surgery to remove large calcium deposits from his shoulders. 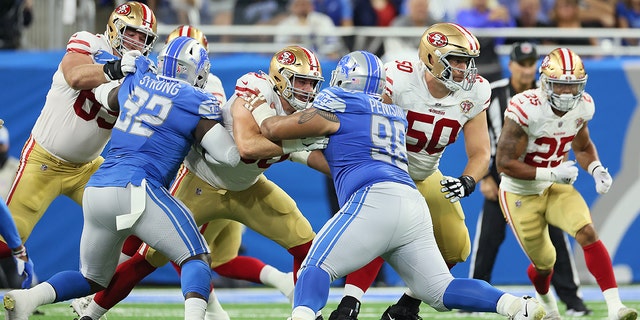 “[He] had what looked like softballs in his shoulder that he had repaired after the season after the fact,” Campbell said in 2021, via USA Today.

“It just looked like a bunch of calcium deposits that had been in there. You wonder why when you watch the film last year why he’s not using his arm. It’s because he had issues.” 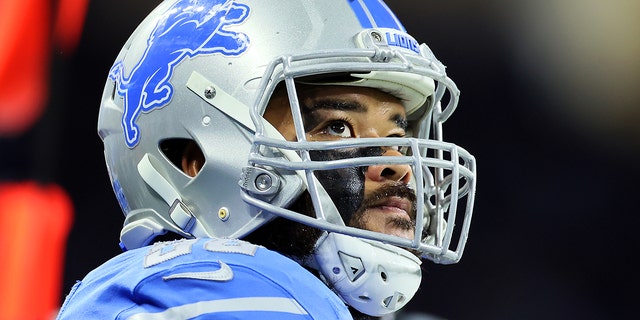 Detroit Lions defensive tackle John Penisini on the sideline during a game against the Cincinnati Bengals in Detroit Oct. 17, 2021.  (Amy Lemus/NurPhoto via Getty Images)

Penisini was drafted by the Lions in the sixth round of the 2020 NFL Draft. He started 12 games in two seasons and registered 49 tackles,​​ a sack and a fumble recovery.

“For my family, friends, teammates, coaches and all the people who supported my dream along the way I appreciate and love you guys. Go Lions,” Penisini said.