BRITS face the biggest shutdown in a century after the militant RMT boss refused to rule out a de facto national strike.

Leftie agitator Mick Lynch threatened to plot “coordinated” walkouts with other unions to cause maximum misery.

A de facto general strike could see workers across industries including aviation, schools and health down tools.

Mr Lynch is already orchestrating three days of rail strikes later this month to bring the country’s trains to a standstill.

And today he warned of even more chaos by hinting he could scheme with other union leaders to unleash mammoth disruption.

Asked about organising a mass walkout, Mr Lynch told LBC it would make sense for workers to leverage their power”. 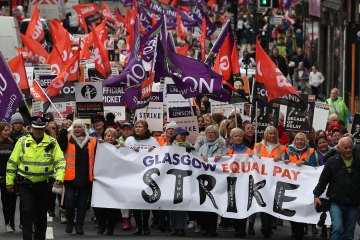 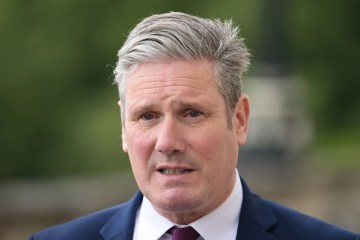 While insisting “coordination is different to a general strike”, he warned: “I’m not saying it won’t take place.”

He hinted that woes paralysing other industries could light the match for the first general strike since 1926.

He said: “We’re ahead of the band in that sense, because we’ve got direct issues.

“But if you look at what’s happened in the aviation industry where they cut 1000s and 1000s of jobs, and now they can’t operate the airport to the airlines…So something needs to be done about this.”

It is illegal for workers to go on strike in support of others, although militants could get around it.

Ministers have slammed the strike set to wreak havoc on Glastonbury, the Commonwealth Games and exams.

Grant Shapps is drawing up plans to draft in agency staff to ensure a minimum service if strikes threaten to paralyse travel.

Labour shadow chancellor Rachel Reeves refused to back No10’s bid to curb the power of unions.

Tube strikes are set to take place at the same time in a double-whammy blow for passengers.

Sadiq Khan said: “We agree with you that Boris Johnson should no longer be Prime Minister, and we hope you will agree with us that the Government must come forward with a sustainable funding model for TfL.”

Previous post Amid a Worsening Formula Shortage, Mothers Are Asked: ‘Why Not Breastfeed?’