The White House has been plagued with drama in recent weeks as negative reports about President Biden’s press office coincide with a series of messaging gaffes.  ((AP Photo/Susan Walsh))

An NBC opinion column defended President Joe Biden from his own staff on Tuesday, arguing that his handlers correcting his gaffes and walking back his off-the-cuff remarks ruins his “authenticity”

The piece argued that Biden should be “skeptical” of his handlers and trust “his own instincts” going forward.

Author Joshua Spivak began his column by claiming that Biden’s staff is “a particular problem” for him trying to get his preferred message to the American people.

“Facing relentless inflation, the prospect of losing both houses of Congress in November’s midterm elections and consistently poor polling numbers, President Joe Biden is looking to change the conversation. But he appears to be running into a particular problem — his own staff,” Spivak wrote. 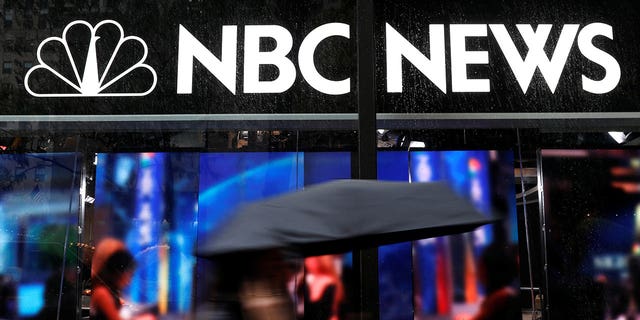 An NBC opinion column argued that Biden’s gaffes may be the best thing for his messaging to the American people. (REUTERS/Mike Segar)

He recalled a late May NBC News report which revealed that his staff are running a “clean up campaign” for his gaffes, which have included his much talked about flub from earlier this year in which Biden claimed that Putin couldn’t stay in power.

The NBC piece claimed that correcting such gaffes “undermines him and smothers his authenticity,” and Spivak agreed. He wrote, “Presidents and other elected officials are frequently told that they are selling the wrong message. But Biden is right to take a skeptical look at this complaint.”

The author added, “The reality is that if there is one skill that presidents have — and one for which they must trust their own instincts — it’s messaging,” encouraging Biden to keep being himself.

“So what is a president expert in? Crafting and selling a strong message to supporters and undecided voters,” Spivak wrote.

He also fortified his argument with the point that though former President Donald Trump “has been panned for not listening to political spinners saying he should tone down his message… his ultracombative style and extreme policy articulation on immigration and trade were crucial to his winning the Republican nomination and the presidency in 2016.”

BIDEN COMPLAINED TO REPORTERS ABOUT NEGATIVE COVERAGE OF HIS ADMINISTRATION: POLITICO 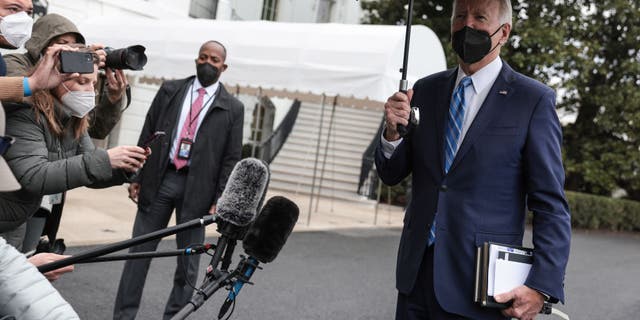 Spivak claimed that Biden did this as well as a presidential candidate. He described Biden as “dead in the water in early 2020 following poor performances in the first caucus in Iowa and the first primary in New Hampshire,” but claimed that these setbacks didn’t cause the candidate to scramble for a new message.

“But he didn’t spend too much time flitting around looking for new messages and staffers,” Spivak wrote, adding, “He kept citing his message of unity, which played into his long experience and his relationship to the most popular Democrat in the country, former President Barack Obama.”

The column continued: “Then and now, Biden’s strategy — one that has also guided Trump and many other successful politicians — is to exude authenticity. Making off-the-cuff comments and occasional gaffes is a feature of this authenticity, not a bug, and too much managing by outside handlers can be seen as negative.” 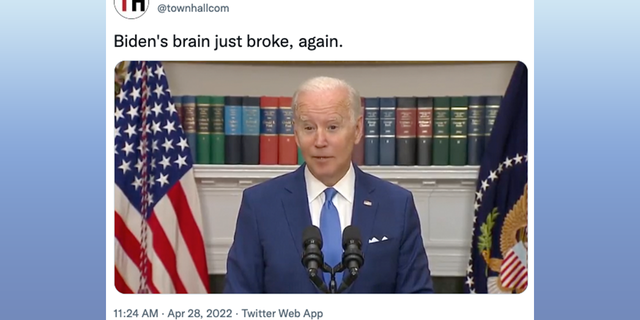 Conservative outlet reacts to Biden’s gaffes during an address from April.

Towards the end of his Column, Spivak claimed that President Biden’s “own instincts are the ones he should trust,” and insisted that his “skill in messaging was necessary for him to get this far.” He also said Democrats should leave him be, concluding, “Democrats are likely to see few gains in pushing against this skill. Instead, the party needs to adopt the wisdom employed by other flagging but ultimately victorious administrations in the past and ‘Let Biden Be Biden.’”