A top Pentagon official says he still thinks Russian President Vladimir Putin wants to capture “a significant portion of Ukraine, if not the whole country.”

The reported comment from Under Secretary of Defense for Policy Colin Kahl comes as Russia’s invasion of Ukraine has entered its 112th day.

“I still think he has designs on a significant portion of Ukraine, if not the whole country,” Kahl said Tuesday, according to Reuters. “That said, I do not think he can achieve those objectives.”

“They may make tactical gains here and there. The Ukrainians are holding up,” Kahl reportedly added. “I do not think the Russians have the capacity to achieve those grandiose objectives.” 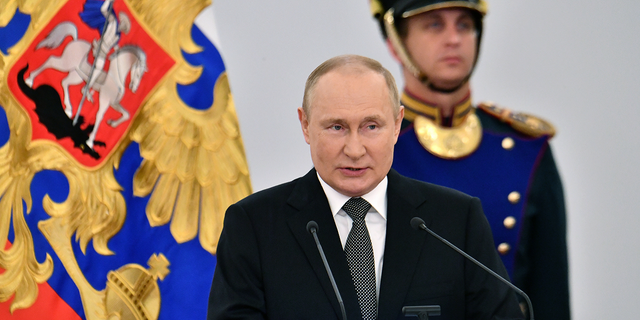 Russia initially set its sights on capturing the Ukrainian capital of Kyiv, but has since been pushed back and is refocusing on fighting Volodymyr Zelenskyy’s military in the country’s eastern Donbas region.

“After more than a month of heavy fighting, Russian forces now control the majority of Sieverodonetsk,” the United Kingdom’s Ministry of Defense said Wednesday. “Russia’s urban warfare tactics, which are reliant on heavy use of artillery, have generated extensive collateral damage throughout the city.” 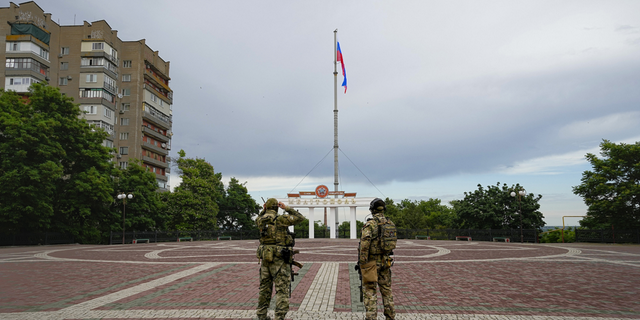 Russian soldiers guard an area under Russian military control in Melitopol, in the Zaporizhzhia region, southeastern Ukraine,  on Tuesday, June 14.

“Elements of Ukrainian Armed Forces, along with several hundred civilians, are sheltering in underground bunkers in the Azot Chemical Plant, in the city’s industrial zone,” the Ministry also said. 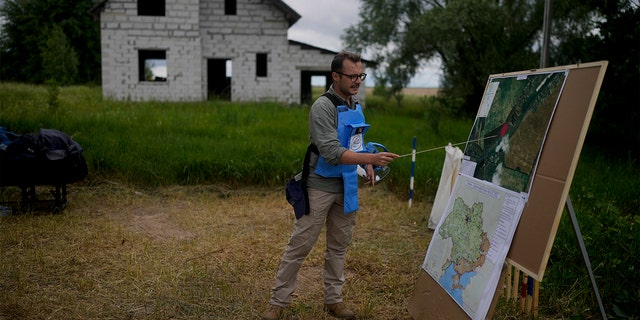 A mine detection worker with the HALO Trust de-mining NGO explains how they search for anti-tank and anti personnel land mines in Lypivka, on the outskirts of Kyiv, Ukraine, Tuesday, June 14, 2022. (AP Photo/Natacha Pisarenko)

“Russian forces will likely be fixed in and around Azot whilst Ukrainian fighters can survive underground,” it added. “This will likely temporarily prevent Russia from re-tasking these units for missions elsewhere.”