Florida authorities have released photos of the hotel room where Bob Saget was found dead.

In addition, police released redacted bodycam footage. The police are seen arriving at a hotel room and knocking on the door. It appears they initially door-knocked the wrong room. The footage is then redacted.

One photo shows a white, padded headboard within the hotel room where authorities have theorized that Saget may have hit his head before going to sleep.

Another photo shows the bathroom used by Saget with toiletries on the counter.

Another image also shows the sitting area within the suite, which includes a round table with four chairs, a sofa, and a coffee table.

The images were released days after an incident report released by Chief Medical Examiner Joshua Stephany, M.D. According to the report, the late comedian was found to have a fracture near the base of his skull that the autopsy report said was consistent with evidence suggesting he experienced bleeding around the brain. 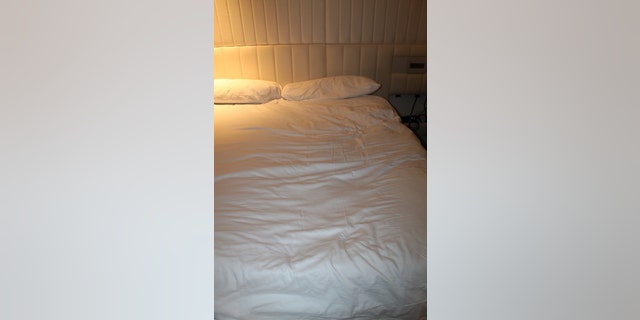 One photo shows a white, padded headboard within the hotel room where authorities have theorized that Saget may have hit his head before going to sleep. (Orange County Sheriff’s Office)

“He explained that the amount of force necessary to cause the fracture, coupled with the fact that the skin on the back of the head was still intact, led him to believe that the injury was most likely caused by ‘something hard, covered by something soft,’ and he gave, as an example, a fall onto a carpeted floor,” Fox 35 in Orlando reported of the report on Tuesday.

The incident report released by the Orange County Sheriff’s Office in Orlando said Stephany noted that the fractures “would have stunned Mr. Saget,” and that he would have experienced dizziness, per a detective. 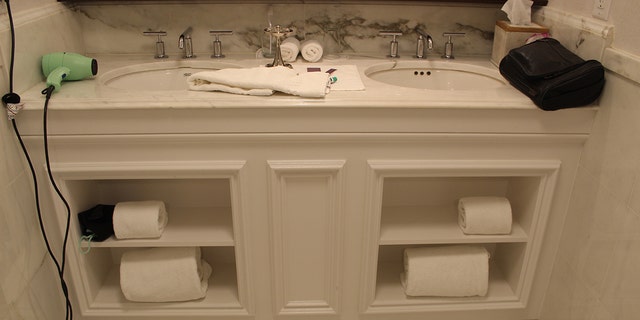 It further detailed that if Saget had been in the company of others, those near him would have likely noticed “confusion, balance and/or slurred speech.”

The medical examiner concluded after the autopsy in January that Saget died from an accidental blow to the head, likely from a backwards fall. Investigators called to the luxury hotel suite found no evidence of struggle, foul play or signs that anyone else had been in Saget’s suite during his stay. A toxicology analysis didn’t show any illicit drugs or toxins in Saget’s body.

According to the report released Tuesday, there were no signs of blood on the hotel bed’s sheets or bedspread.

BOB SAGET’S AUTOPSY REVEALS EXTENT OF INJURIES PRIOR TO DEATH

The report ruled out countertops, tables and nightstands in the hotel room since those all had hard surfaces. It noted that most of the hotel suite was carpeted and that the headboard of the bed was lightly padded, listing the two items as “possible mechanisms of injury.” However, per People magazine, citing the report, “nothing was located in the room that allows for a definitive conclusion.” 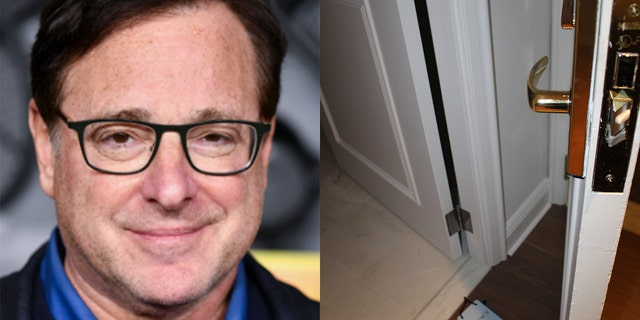 An initial examination of Saget’s body in the hotel suite showed that he had slight swelling and small bruises in the corner of his left eye. “There were no other indications of any type of trauma or injury,” the report states.

Saget, 65, was found unresponsive on Jan. 9 in a room at the Ritz Carlton in Orlando. He had performed in the area the previous night as part of a stand-up tour.

An autopsy report showed that Saget had an abrasion on his scalp, a fracture at the base of his skull, fractures around his eye sockets, bruises to the brain, and bleeding between the brain and tissue covering the brain. 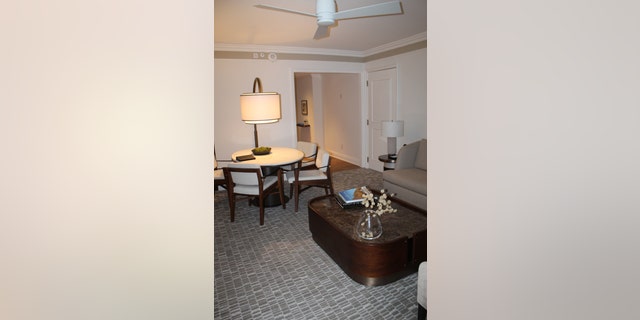 Investigators have deemed Saget’s death “an unusual case,” adding that there are still “a lot of unanswered questions.”

Best known for his role as beloved single dad Danny Tanner on the sitcom “Full House” and as the wisecracking host of “America’s Funniest Home Videos,” Saget is survived by wife Kelly Rizzo and three daughters from a previous marriage.

Fox News’ Julius Young and The Associated Press contributed to this report.

Next post Putin Is ‘High Off His Own Propaganda Supply’