GOGGLEBOX star Ellie Warner’s boyfriend is a “critical condition” after being hit by a car.

West Yorkshire Police today issued a statement after Nat Eddleston had been fighting for his life following a horrific crash.

Nat, seen here with his famous girlfriend, is said to be ‘critical but stable’Credit: instagram

Nat is said to be in intensive care on a life support machine with a broken neck and collapsed lungs.

The force told Leeds Live: “The pedestrian remains in a critical but stable condition in hospital and enquiries into the incident are ongoing.”

Last night a source told The Sun: “Ellie is understandably in pieces and everyone is just hoping and praying Nat comes through this.

“Nat is Ellie’s absolute world. She has been totally overwhelmed with messages of love and support.” 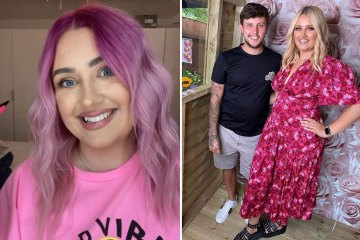 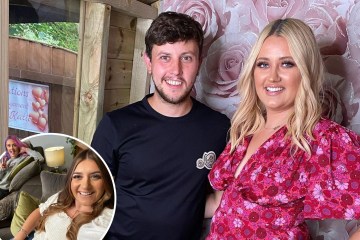 The TV favourite has remained by her partner’s side at hospital since the accident happened and is waiting on updates.

“She has barely left the hospital since this happened and Nat is getting brilliant care and treatment,” they continued.

“At the moment they are living hour by hour and just praying that things get better.”

Nat recently moved in with hairdresser Ellie, 31, who has appeared on the Channel 4 show alongside her sister Izzi since 2015.

Ellie is said to be “very fearful” Nat could be brain damaged following the accident in their home city of Leeds yesterday.

Nat, in his 30s, had earlier been drinking with pals in his local pub in Halton.

He was struck by a white Seat Leon travelling out of the city just after midnight.

A family member, who did not want to be identified, told The Sun: “Nat is in intensive care with a broken neck, broken back, two collapsed lungs and possible brain damage.

“He is on a life support machine and all the family and Ellie are obviously very worried for him.”

The car, which sustained a smashed windscreen and dented roof in the incident, reportedly continued for about 100 yards before stopping.”

Ellie and her sister Izzi have starred on Gogglebox since 2015, with Nat – like most of the partners on the programme – making very rare appearances.

However, he did stand in during the first coronavirus lockdown when family members were unable to visit each other’s homes.

The Channel 4 star is said to have ‘barely left the hospital’Credit: Instagram