GARETH SOUTHGATE says the racial abuse of England stars who missed penalties has made his World Cup quest even tougher.

Bukayo Saka, Jadon Sancho and Marcus Rashford were all targeted by bigots after failing to convert shootout spot-kicks in last summer’s Euro 2020 final.

The likes of Bukayo Saka were subjected to sickening racist abuse after missing penalties in the Euro finalCredit: AP

And Southgate admits he will have to take any potential abuse into account when drawing up his list of penalty takers for Qatar 2022.

The England head coach, whose side came agonisingly close to delivering that first trophy since 1966, said: “Now, indirectly, we have created another layer of difficulty in overcoming a penalty shootout.

“I have got to take all of those things into consideration — and it is incredibly complex.

“We’ve had years of talking about penalties and everything else. And we’ve now got another layer that’s going to make it extremely difficult for us to win anything.” 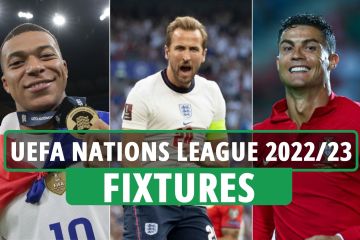 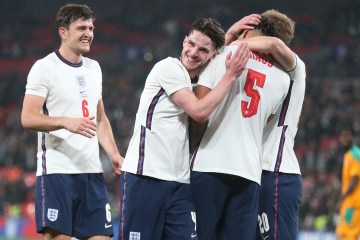 Southgate revealed he felt some personal responsibility for the abuse Saka, Sancho and Rashford suffered in the immediate aftermath of the shootout defeat by Italy.

The manager, who is ramping up his plans for November’s World Cup, said: “I couldn’t help but feel, ‘Have I created this situation for the boys?’

“But it wouldn’t be right to not pick the players you think are best to take them because of what the possible consequences of missing would be.

“I’ve got to pick them on the belief they are going to score. I’m trying to balance whether the question is about the racism itself — which is abhorrent and unacceptable — and what you’re identifying, that there’s another layer of complexity in making that decision.”

Former Three Lions defender Southgate, whose missed penalty saw the team KO’d in the Euro 96 semi-finals, added: “We went through a process of preparing for penalties. And we’ve definitely reviewed that.

“One thing that was very clear was all the other big nations had far more who take regularly for their club.

“We only had Harry Kane and Rashford, who was second at Manchester United after Bruno Fernandes.

“Some of the boys, Reece James and Trent Alexander-Arnold, have now taken more with their clubs.

“Bukayo has taken a couple for his club — massively courageous moments that epitomised what he’s about.

“But we’ve got to cover that work in our camps and make it really focused and specific. We’re doing what we can.

“Psychology is part of it and I have to be aware of all of those things.”

Raheem Sterling is set to return to the first XI for tonight’s Nations League tie against Germany in Munich.

Crystal Palace centre-back Marc Guehi is in contention after recovering from an ankle knock. But Fikayo Tomori (hamstring) is unlikely to be risked and James Justin (calf) is out.

Next post NBC column defends Biden’s gaffes as expression of ‘authenticity,’ he should trust ‘his own instincts’