It sure is a party in Knoxville.

After the sixth-ranked Vols took down No. 3 Alabama on a game-winning field goal as time expired, fans stormed the field to celebrate, and the euphoria took a wild turn. 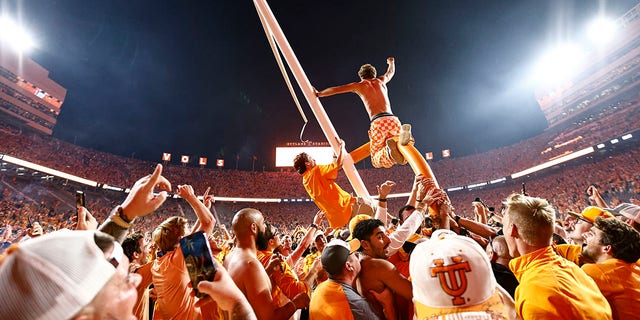 While on the field, fans brought down a goal post in an end zone. But that was just the beginning.

Fans carried the goal post out of the stadium and onto the strip of the school’s campus.

The goal post is getting presidential treatment and is being escorted by dozens of Vols fans throughout the town. It even took a dip in the Tennessee River.

The latest whereabouts of the goalpost are unknown, but, wherever it is, it’s clearly the most prized possession in the state of Tennessee at the moment.

NO. 6 TENNESSEE SNAPS LOSING STREAK TO NICK SABAN, TAKES DOWN NO. 3 ALABAMA ON LAST-SECOND FIELD GOAL 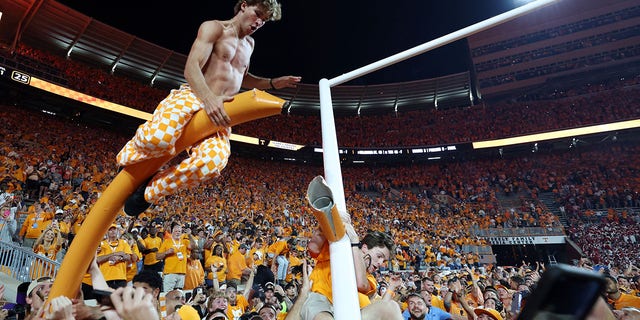