Leylah Fernandez has taken the tennis world by storm, having already won two WTA titles at just 19, but the Canadian superstar is hoping to expand her reach and share the importance of sports and the significance it can have especially on women and young girls.

Fernandez spoke to Fox News Digital after her exit from the Indian Wells Open last week when she lost to Spain’s Paula Badosa, the tournament’s defending champion, in the round of 16.

She spoke highly of sports as a unifier, adding that “the world can learn through sport.” 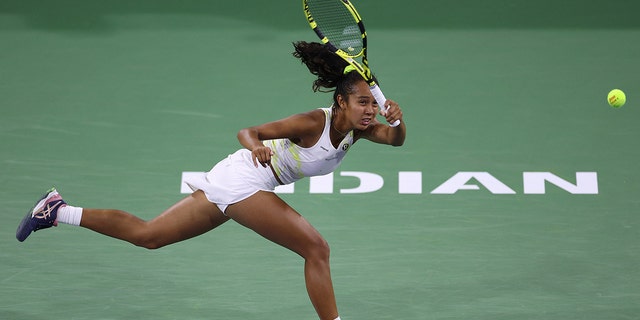 Leylah Fernandez of Canada hits a forehand in her match against Shelby Rogers of The United States during the BNP Parisbas Open at the Indian Wells Tennis Garden on March 14, 2022 in Indian Wells, California.  (Photo by Harry How/Getty Images)

Fernandez is hoping to achieve spreading this message through a new partnership with Morgan Stanley where she hopes to help increase access and equity for underrepresented communities in the sport of tennis.

“Morgan Stanley has great core values and I think one of them is very similar to what my parents have taught me from the very beginning which is giving back and I hope to be able to do that with Morgan Stanley,” she said of the new multiyear partnership. “Try to give back to the community, to the underprivileged communities, to the younger generations who want to start playing sports.”

She continued: “In my experience sport has always given me a nice escape from what was happening back home or back at school. So it was a beautiful way to not only make friends but also make good memories.” 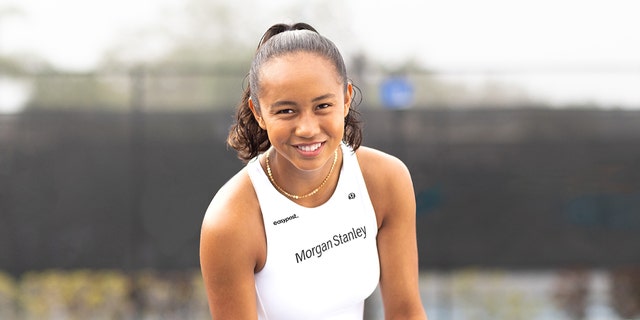 Fernandez will serve as a brand ambassador for Morgan Stanley and will support the firm’s giving back initiatives. (Morgan Stanley)

“When I would watch TV, I would see the professionals play – just how much they competed. So I think by being able to grow the sport and show the younger generation, especially girls and women, I think [I could show them] that anything is possible,” she told Fox News Digital.  “I think it would be very motivational for them [to show them] that they could do whatever they want, not necessarily in sports but in other fields in their respective profession and their respective passion that they have and they can go with the mindset that they can achieve the same thing that other people are achieving.”

Fernandez is certainly a living example of the work she hopes to accomplish.

She defeated top-seeded athletes like Naomi Osaka to reach the women’s final at the U.S. Open in 2021 and came back this year to defend her title at the Monterrey Open after stunningly surviving five match points in the championship game. Her knack for staying alive in high-pressure moments has drawn Rafael Nadal comparisons but the young star told Fox News Digital humbly: she still has a long way to go. 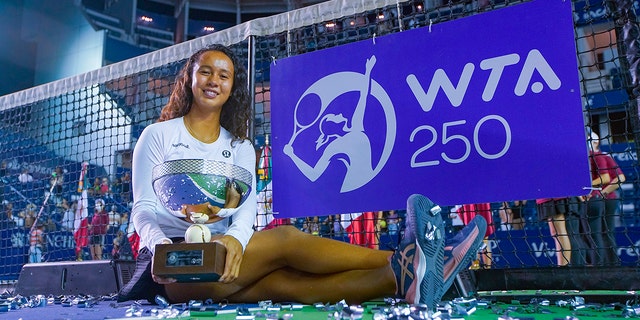 Leylah Fernandez of Canada celebrates with the champions trophy after winning the singles final match as part of the GNP Seguros WTA Monterrey Open 2022 Final on March 6, 2022 in Monterrey, Mexico.   (Photo by Gonzalo Gonzalez/Jam Media/Getty Images)

“It’s an honor to be compared to Rafa – to Nadal – because he’s a true champion. He’s a legend. He’s shown on every occasion what it takes to get through to the finish line on every round even though he’s a little injured, even though he’s hurt – he finds a way to keep playing and keep fighting the same way he does. So it’s an honor to be compared to him but I don’t think that I’m at the same level and I still have a lot to catch up on so hopefully maybe one day when I get to his age I can say that I’m doing good but right now I’m still in the learning, development [stage].”

Having only made her professional debut in July 2019, Fernandez is still confident in her abilities to compete with the best.

“Playing a match against a defending champion (Badosa), seeing where my level is at after playing so many matches in a row over the past couple of weeks has told me that my level is up there and I can compete with these women.” 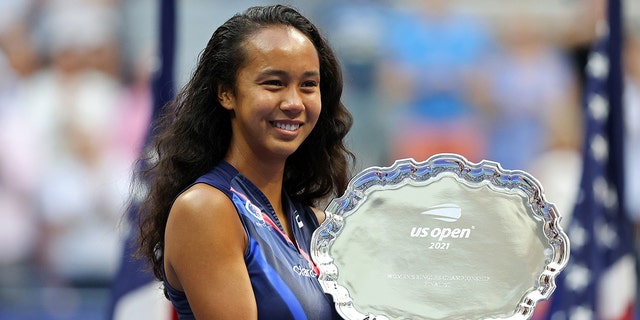 Leylah Annie Fernandez of Canada celebrates with the runner-up trophy after being defeated by Emma Raducanu of Great Britain during their Women’s Singles final match on Day Thirteen of the 2021 US Open at the USTA Billie Jean King National Tennis Center on September 11, 2021 in the Flushing neighborhood of the Queens borough of New York City.  (Photo by Elsa/Getty Images)Photo by Elsa/Getty Images)

She told Fox News Digital that her ability to thrive in high-pressure situations has a lot to do with her focus.

“Every tournament I’m in, I want to win them. That will never change,” she explained, before adding: “Have fun on the court, which that’s the most important philosophy that we have right now – just to have fun on the court every time I get in and to enjoy the moment because this moment will not happen again.”

Next post Nato must back Ukraine unwaveringly with our words, sanctions and weapons