The 60-year-old, award-winning musician gave a quick update about his medical issues with posts on Instagram and Twitter.

“Last fall I was diagnosed with stomach cancer,” he wrote. “I’ve spent the last 6 months receiving chemo, radiation and surgery. So far, so good. I need time to breathe, recover and relax.”

He added: “I am looking forward to spending this time with my family. But I will see the fans sooner than later. I can’t wait.” 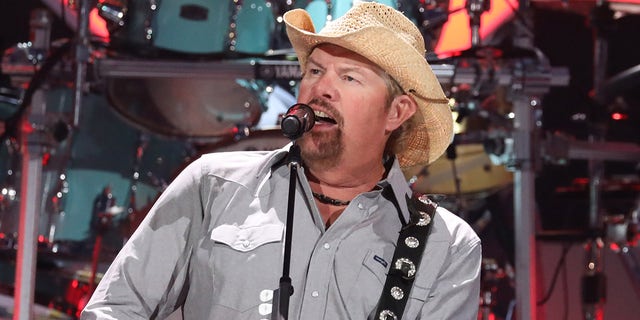 Following his announcement, the Ohio State Fair reported Keith’s scheduled performance on July 28 had been canceled. It’s unclear any additional show on his tour will be rescheduled or postponed, but Keith has been performing throughout his diagnosis, treatment and recovery process.

The “Red Solo Cup” singer amassed thousands of likes and supportive comments within minutes of the posts going live on his platforms.

“Hang in there,” John Rich, of the country duo Big & Rich, wrote with a thumbs up emoji. The sports world stepped in to show some love, with legendary quarterback Troy Aikman and professional soccer player Chris Frederick offering support to the longtime musician.

Keith is a longtime advocate for families facing cancer diagnoses, and helped found Ally’s House in 2004, a nonprofit group that assists Oklahoma children with cancer and their families. 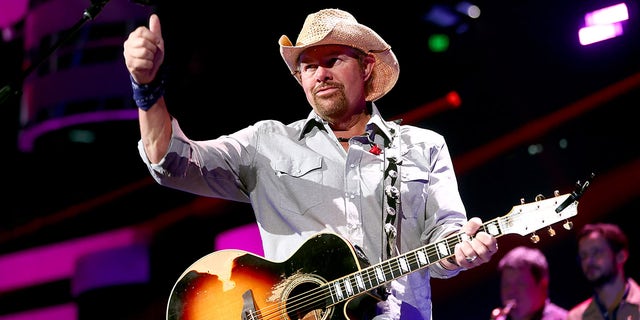 Toby Keith announced he was battling stomach cancer for the last six months, but revealed he would see fans “sooner than later.” The country star performed in October. (Matt Winkelmeyer)

The nonprofit was named after Allison Webb, the two-year-old daughter of Keith’s original band member’s Scott Webb and wife Lisa. Allison died in 2003 of kidney cancer before her third birthday.

Following in the footsteps of Ally’s House, he established the Toby Keith Foundation in 2006 “to encourage the health and happiness of pediatric cancer patients.”

“In 2014, the foundation opened OK Kids Korral, a cost-free, convenient and comfortable home for pediatric cancer patients receiving treatment at The Children’s Hospital at OU Medical Center, Stephenson Cancer Center and other nearby facilities,” the foundation’s mission statement said.

“There is no greater gift than keeping families strong and together during a difficult time. If we can alleviate stress on a family, encourage a brother or sister and comfort a sick child, then we will make a difference in the fight against cancer.”

His 18th annual “Toby Keith & Friends Golf Classic” raised more than $1.3 million – the third-highest total ever – May 20-21 in Oklahoma City and Norman.

Through the years, the event has “raised more than $16 million for OK Kids Korral, the cost-free home for families of children being treated at The Children’s Hospital at OU Medical Center,” Keith’s site listed.