PHIL MICKELSON will miss the Masters next month for the first time in 28 YEARS.

The three-time champ stepped away from golf indefinitely in February amid backlash over his involvement in the Saudi Super League and comments he made about the PGA.

Phil Mickelson will miss the Masters for the first time in 28 yearsCredit: PA

Mickelson, 51, is listed as a “past champion who will not compete” on the Masters website.

The iconic leftie has been removed from the participants’ list – which only occurs upon request.

The American has not competed since finishing T18 at the Asian Tour’s Saudi International between February 3-6. 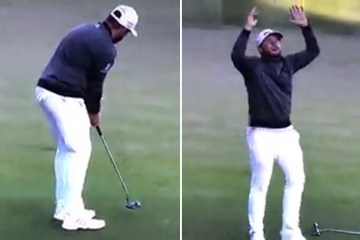 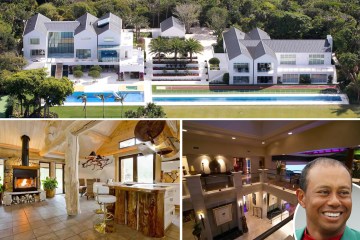 That month, excerpts from an unauthorised biography released claimed that the golfer called the Saudis ‘scary’ but was willing to overlook their human rights record to gain leverage with the PGA Tour.

Mickelson apologised for the comments, stating they were off the record, and said he planned to take time away from golf – he has since lost a number of sponsors.

PGA Tour chief Jay Monahan was asked about Mickelson’s future before the Players Championship at the start of March.

He said: “[Mickelson] has said that he’s stepping away and he wants time for reflection – that’s something that I and we are going to respect and honour.

“When he’s ready to come back to the PGA Tour, we’re going to have that conversation. That’s a conversation I look forward to.

I have not talked to Phil since he made his comments and since he said that he was stepping away.

“I think the ball is in his court. I would welcome a phone call from him. But it’s hard for me to talk about the different scenarios that could play out.

“Listen, he’s a player that’s won 45 times on the PGA Tour. He’s had a Hall of Fame career. He’s won here at The Players Championship. He’s inspired a lot of people and helped grow this Tour, his Tour.

Next post No. 1 Ashleigh Barty, Just 25, Retiring From Tennis