The hills were alive with the sound of music from the von Trapp children again.

On Thursday, Julie Andrews received the AFI Life Achievement Award at a Gala Tribute in Los Angeles. To mark the special occasion, the former child stars who played the von Trapp children in the 1965 musical “The Sound of Music” came together to celebrate the star’s decades-long career.

Nicholas Hammond (Friedrich), Duane Chase (Kurt), Angela Cartwright (Brigitta), Debbie Turner (Marta) and Kym Karath (Gretl) walked the red carpet at the Dolby Theater and even led a sing-along of “Do Re Mi” to the delight of the audience. Before the night came to an end, the entire cast got together and happily posed for photos.

The reunion was bittersweet. Charmian Carr and Heather Menzies-Urich, who portrayed Liesl and Louisa von Trapp in the movie, died in 2016 and 2017. Christopher Plummer, who starred as Capt. Georg von Trapp, passed away last year.

CHRISTOPHER PLUMMER REMEMBERED BY ‘SOUND OF MUSIC’ CO-STAR JULIE ANDREWS: ‘I HAVE LOST A CHERISHED FRIEND’ 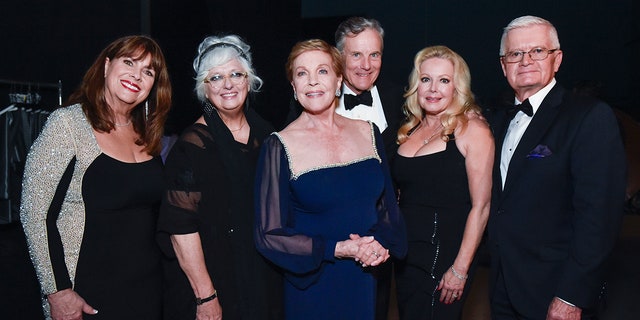 Andrews, 86, received an Academy Award nomination for her role as Maria, a young woman who is sent by her convent in 1930s Austria to become a governess to the seven children of a widowed naval officer.

“This award is so very much deserved,” said the comedienne, 89. “She has constantly given us her all. And her ‘all’ is awe-inspiring. Congratulations, chum.”

Upon accepting the honor, Andrews remembered the many people who made an impact on her life. 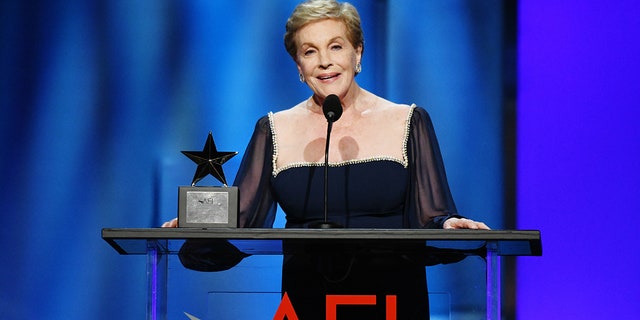 “This night reminds me with great clarity how many people are involved with making movies,” she said. “What a huge collaborative effort it takes to bring film to the screen. My husband Blake never liked when people referred to filmmaking as the business or an industry. He insisted that film was an art form and should always be called that. And I know that is exactly the way the AFI feels also.”

Back in 2018, Cartwright spoke to Fox News Digital about what it was like working with Andrews in “The Sound of Music.”

“I loved her,” the 69-year-old said at the time. “We all did. You can kind of tell in the movie. We totally enjoyed her. She embraced us right from the very beginning. She sang to us in between takes and we would dance. She just did ‘Mary Poppins’ so she would sing all these songs from that film. I mean, you can really tell that we adored her. She’s such a talent. She has such an amazing voice and it really was a great experience.” 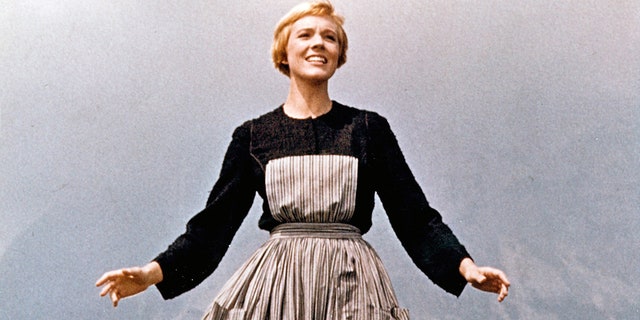 Julie Andrews starred in “The Sound Of Music,” which was directed by Robert Wise, 1965. (Michael Ochs Archives/Getty Images)

She also noted that the cast shares a close bond today.

“It’s fascinating because sometimes you make a movie and you don’t really see each other anymore or stay in touch,” Cartwright explained. “But we’ve all stayed in touch. We’ve certainly gotten together for celebrations and reunions. Whenever we lose a cast member, it always feels like we lost a family member. We all know what’s going on in each other’s lives and we’ve continued to do that during the 50-plus years [since filming].”