Protests erupted over the weekend as a gay bar in Texas hosted a “Drag Your Kids to Pride” event, at which, among other things, kids tipped dancers in drag with dollars bills, mimicking the common strip club practice. Defenders of the youth themed show call it harmless fun, but it raises serious questions about whether children need to be protected from this overtly sexual entertainment. Put simply, do we have, as a society, a responsibility to protect the innocence of children?

The notion that childhood should be a time of innocence is a relative newcomer to our culture. Eighteenth Century French writer Jean-Jacques Rousseau is generally considered the father of this movement which held that children enter the world blameless and should be protected from negative influences until they develop into fully reasonable adults.

Among the upshots of this change were laws barring child labor and providing universal education. But today, the American left is abandoning this principle. Does it still believe that childhood should be a time of innocence?

Recently, an article in Fatherly argued that we should bring our young children to Gay Pride events even though they may well be exposed to public nudity and kink. It’s the kind of commonplace thing said today that not very long ago would have sounded completely insane. The message is a clear one, the risk of harming a child with inappropriate images is worth ensuring they wind up with the right politics. 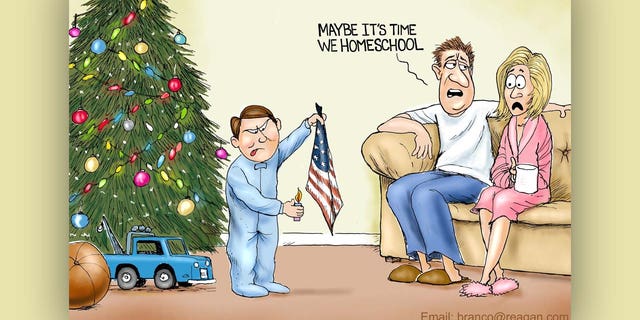 Now, nobody thinks that progressives today would put 12-year-olds back in coal mines, but we know that they are very willing to place them on the barricades of their political and culture wars, both literally at Pride events and figuratively by making little, tiny activists out of them at school. That, in and of itself, is a radical departure from the idea that childhood should be a protected time of innocence.

And of course, it isn’t just Pride parades, it’s gender ideology in K-3 education, it’s critical race theory making young kids feel they are marked with original sin or victimhood, it’s even the quick and easy access to pornography that we as a society have just somehow accepted.

COVID-19 provided yet another example of the chipping away of childhood innocence. How many times were we forced to hear that kids in pointless and frustrating Zoom classes or forced to mask up were, “tougher than you think.” Well, it turns out they aren’t tougher than we thought, as study after study is showing us the deep harm done to children during the lockdowns. In fact, they aren’t very tough at all which is why adults are supposed to protect them.

Much of the frustration from parents these days, which has bubbled up in angry school board meetings and chalked up Republican electoral wins, is about kids being exposed to things they are not ready for. No third grader needs to make a lifetime decision that men can become women, or that the United States is steeped in racism. Unless, of course, progressives do not believe that their positions stand up to scrutiny and must be imbibed by the young and impressionable.

Rousseau wrote that “Childhood has its own way of seeing, thinking, and feeling, and nothing is more foolish than to try to substitute ours for theirs.” And yet that is exactly what so many well-intentioned adults are doing to our kids.

No, there really isn’t any good reason to bring young children to Pride events or drag shows, to force our libertine relativism on them before they can even understand what it is. In fact, it is a grave disservice to youth who need time inside their own imagination and understanding of the world before its ideological battles sweep them up.

Let the kids be kids, there will be time to sell them on hot takes and worldviews when they are older, when they can process it. Let’s not busy ourselves determining what they can withstand. Rather, let’s protect their innocence, as we have for centuries, and leave childhood the domain of the child.

David Marcus is a columnist living in New York City and the author of “Charade: The Covid Lies That Crushed A Nation.”