IT is eight months since England’s heartbreaking penalty shootout defeat to Italy in the Euro 2020 final at Wembley.

Here we assess how last summer’s heroes have fared since and who is still in the frame for the World Cup finals in Qatar this winter.

England wideman Phil Foden had a dip in form for Man City but is shining againCredit: PA

Skipper Harry Kane is back to his best to the delight of boss Gareth SouthgateCredit: Richard Pelham / The Sun

Summer star Jordan Pickford is being pressed by Aaron Ramsdale for the No1 spotCredit: Richard Pelham / The Sun

NUMBER one Jordan Pickford, who made two saves in the shootout defeat to Italy, is having a tough season with relegation-threatened Everton.

But Pickford has often saved his team from even more trouble, so has actually done OK.

Aaron Ramsdale has been a major success at Arsenal and some fans would prefer to see him in goal. 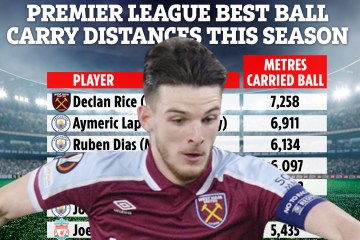 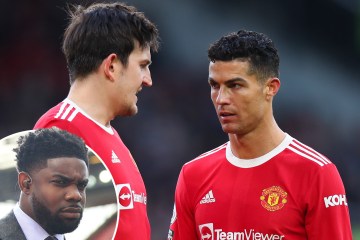 IT has been a mixed bag for Gareth Southgate’s defenders.

Harry Maguire featured in the Euro 2020 team of the tournament. But the Manchester United captain is having the toughest season of his career with his form all over the place.

Luke Shaw, outstanding at the Euros, has been inconsistent for United this season but is showing signs of being back to his best.

John Stones, who played in the centre of the three-man defence in the final, is suffering a terrible season with Manchester City.

He has only started nine club games due to the form of Aymeric Laporte and Ruben Dias.  A major concern.

Kieran Trippier was dropped from the last England squad in November and  is now injured.

Reece James is also picking up injuries while Chelsea team-mate Ben Chilwell is out for the season with a cruciate ligament problem.

Kyle Walker has generally done well at City while Arsenal’s Ben White, unused at the Euros, will surely  feature more.

DECLAN RICE has been outstanding for West Ham and will have a massive part to play for England at the World Cup.

He continues to mature and looks to have one hell of a career ahead of him.

Midfield partner Kalvin Philips enjoyed a good Euros and this season was carrying Leeds at times. Has been out since December with a hamstring injury.

Declan Rice looks to be a shoe-in and Ben White hopes to grab a Qatar spot tooCredit: PA

Euro 2020 regular Mason Mount has had a mixed season for ChelseaCredit: Rex

Mason Mount has been hit and miss for Chelsea while Jude Bellingham continues to prove   he could eventually be one of Europe’s best midfielders with some terrific performances for Dortmund.

Phil Foden missed the final with an injury but, apart from a mid-season dip which coincided with an unauthorised night out alongside Jack Grealish, is playing like a superstar.

CAPTAIN Harry Kane will want to forget the first half of the campaign, although he is now back to his best.

Raheem Sterling was a major hit at Euro 2020 and was in the team of the tournament.

He has suffered an up-and-down season and is getting extremely frustrated at being on the bench at Manchester City.

Key striker Harry Kane is firing again after a slow start to the campaignCredit: PA

Jadon Sancho, Bukayo Saka and Marcus Rashford missed  penalties in the shootout and it should not be underestimated how difficult it was for them to overcome the disgraceful abuse they received.

United pair Sancho and Rashford have been dropped by Southgate but  Saka has become the key man for Arsenal.

Dominic Calvert-Lewin has suffered a wretched season due to injury.

ALSO IN THE MIX

TRENT ALEXANDER-ARNOLD missed out on the Euros with injury and faces a fight to be in the World Cup squad, while Southampton’s James Ward-Prowse and Emile Smith Rowe of Arsenal are having good seasons at club level.

Tammy Abraham is back in the international frame after scoring 23 times for Roma, though he pulled out of the  current squad with injury.

THE first half of the season has not been smooth for many of Southgate’s players.

Midfielder Rice has been the standout England performer in the Prem. Saka and Foden are also showing great promise while Kane is now looking back to his old self.

For Stones, Rashford, Sancho, Calvert-Lewin and Grealish the last few weeks of the season cannot be any worse than most of this term.