ANOTHER day, another rise in fuel prices and more worry for Britain’s drivers trying to make ends meet.

The RAC has confirmed that the average tank of fuel has now reached £101 and drivers are starting to question how much fuel stations are making.

One Welsh fuel station took to Facebook to defend its pricesCredit: MEDIA WALES

“This is an increase of 2p a litre on both since Thursday and takes the cost of filling a 55-litre family car with petrol to £101.77 and has led to the first-ever £105 fill-up for diesel.

“Incredibly, the Government is now raking around £46 in tax from every full tank.

“The speed and scale of the increase is staggering with unleaded going up 7p in a week and diesel by nearly 6p. This must surely put more pressure on the Government to take action to ensure drivers don’t endure a summer of discontent at the pumps.

“We hope the Government’s persistent talk about the importance of retailers passing on March’s 5p duty cut fully is a precursor to an announcement of a deeper cut this week.

“If that’s the case, it’s very welcome, albeit overdue as the 5p cut has been well and truly overtaken by events on the wholesale market since then.”

It seems some drivers are starting to hit back at the situation, blaming fuel stations for their hiked prices, but all is not as it seems.

The Brian Llewelyn A’i Ferched garage at Eglwyswrw, Pembrokeshire, posted on Facebook: “Tonight we had one customer turn up after we had put the pole signs off, as we were closing. 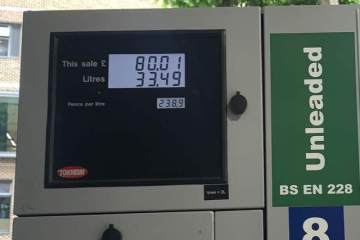 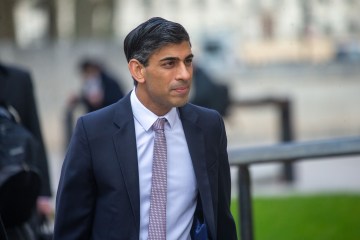 “They came into the shop and said, ‘I was going to put fuel in but not at that price.’

“For everyone that is thinking that it is the petrol forecourt themselves that are making the money at the moment, here’s a quick breakdown of how little forecourts actually make from the price of fuel.”

The fuel station then revealed the shockingly small amount it takes every time somebody fills up their car.